The yogurt in tandoori chicken is essential for the flavor and texture of this Indian dish.

However, if you are lactose intolerant or vegan, it can be difficult to find a substitute that gives you the same results. There is good news though.

It turns out there are several different things you can use instead of yogurt that still give your tandoori chicken amazing flavors and textures.

Let’s take a look at some options.

Read more: What To Do With Leftover Baby Food?

Substitutes for yogurt in Tandoori chicken 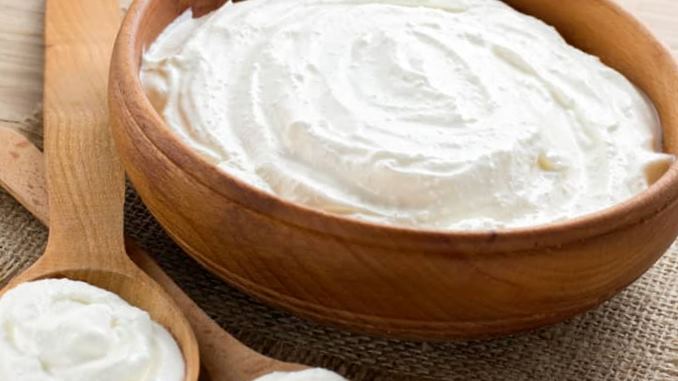 In my experience, there is only one best substitute for yogurt in Tandoori chicken. And it is coconut milk.

While cow’s milk makes some people sick because of the lactose. Coconut milk is free from lactose, so it can be used by people with the condition. (source)

It is popular with vegans, and it is a good substitute in baking or for making drinks like smoothies or milkshakes.

Coconut milk is something that has been popular in tropical and subtropical countries. Coconut milk can be used as a dairy-free alternative. It is often found in curry dishes.

Creamed coconut and coconut milk are made the same way as dairy products, but with coconuts. The white part of the coconut (coconut flesh) is grated and then soaked in hot water. Coconut cream rises to the top and can be skimmed off.

The remaining liquid is squeezed through a cheesecloth to extract a white liquid that is coconut milk. By repeating this process, the thickness of the milk becomes thinner.

Thick milk is used for desserts or rich sauces; thin milk for cooking curries or soups in some countries like England.

One thing you need to know is that coconut milk is different from coconut water. Coconut water is a liquid from the center of a young, green coconut and is low in fat but rich in easily digested carbohydrates.

Coconut water has received a lot of attention for its perceived health benefits, and it is important for treating acute diarrhea in the developing world.

It has an electrolyte balance that is similar to isotonic drinks. People drink this after they have been exercising because it helps them rehydrate themselves again quickly.

How long should you marinate chicken in yogurt?

Chicken can be marinated for 2-8 hours. Don’t leave it longer than 8 hours, or the acid will make it tough instead of tender. You should at least let it sit for 2 hours to allow the flavors to soak in and start to tenderize.

Tandoori chicken is a flavorful and delicious dish. You can taste the savory flavors and the spices. The lemon and greek yogurt will help with the flavors if you don’t like spicy food. It tastes like earthy, peppery, warm citrus at first bite.

What goes best with tandoori chicken?

You can try it with the following side dishes:

How do you keep the tandoori chicken moist?

How can you keep your tandoori chicken moist? You should use butter when cooking it. It also needs to be cooked for the right amount of time because if it is overcooked, it will dry out and not taste good. (recipe)

What is special about tandoori chicken?

Usually, tandoori chicken is red because we put spicy ingredients on it.

The most popular spicy ingredients are red chili powder and cayenne pepper. Sometimes people use spices or food coloring to make the chicken red like they usually do.

tandoori chicken is juicy and succulent from Greek yogurt and lemon spiced marinade. It’s smoked from the grill and has a lot of flavor from spices like garam masala, ginger, and garlic.

Is it healthy to eat tandoori chicken?

Yes. Tandoori chicken is healthy for you because it is marinated in a yogurt-based sauce that has many seasonings that add vitamins and nutrients. The chicken also has protein and very few carbs.

Tandoori chicken is a kind of chicken that has many benefits. It is healthy because it’s lean and full of protein. It also tastes good and prevents you from eating too much. (source)

Is it possible to make tandoori chicken in an oven?

Yes, it is possible to make it in an oven. You can either bake it or broil it.

How long do you cook tandoori chicken in an oven?

The cooking time will vary depending on the method that you use. If you are using the baking method, it will take about 45 minutes to cook.

If you are using the broiling method, it will only take about 10 minutes.

What is the difference between tandoori chicken and Tikka Masala?

Tikka masala is a popular Indian dish that is made with chicken.

The chicken is marinated in spices and yogurt, and then it is cooked in a tandoor oven.

Tikka masala sauce is made with tomatoes, cream, and spices. It is usually served with rice or naan.

How often should you eat tandoori chicken?

It is a healthy and nutritious dish that is high in protein. You can enjoy it for lunch or dinner.

Why is it called tandoori chicken?

It is named for the oven where it’s cooked.

Is tandoori chicken the same as chicken tikka?

How do you eat tandoori chicken?

Here is a great video that will show you how:

Is tandoori chicken the same as butter chicken?

Butter chicken is also known as Murgh Makhani. The first version of butter chicken came from Northern India back in 1948. Chicken that is marinated with spices and yogurt, then cooked in a tandoor, is called tandoori chicken.

Do you rinse off yogurt marinade?

You should rinse yogurt marinade off your meat. You don’t want it dripping everywhere. Make sure to coat each side with salt and freshly ground black pepper before cooking the meat on a grill or in a pan.

What does soaking chicken in yogurt do?

Yogurt is more gentle on meat than vinegar- or citrus-based marinades. Vinegar and citrus can make chicken tough, but yogurt will make it tender. (recipe)

In my experience, there is only one best substitute for yogurt in Tandoori chicken. And it is coconut milk.

I have tried many substitutes, but coconut milk has been the most successful so far. It adds a nice flavor to the dish and keeps it moist.

One word of caution though- do not use too much or else you will end up with curdled sauce.

Start off with just one tablespoon per cup of tandoori masala mix, then add more if needed. You can also try using almond butter as an alternative that may provide similar results yet offer different flavors depending on what type you buy (e.g., unsweetened vs raw).