It’s the end of the week and you’ve got a few leftover bell peppers in the fridge.

What are you going to do with them?

Check out these recipes of mine for some ideas on how to use up those bell peppers.

From stuffed bell peppers to pepper soup, there’s something for everyone here.

So don’t let those leftovers go to waste – check out these recipes today.

First, you can try a simple pepper stir-fry.

This is one of my favorite ways to use up the leftovers.

Just dice up the peppers and fry them in a little oil until they’re soft.

Then, add in your favorite stir-fry sauce and some protein (tofu, chicken, shrimp, etc.) and you’re good to go.

This dish is quick, easy, and delicious – perfect for a weeknight meal.

Another great option for those leftovers is to stuff them.

You can stuff them with just about anything – rice, ground meat, vegetables, etc.

The possibilities are endless.

Just stuff the peppers with your desired filling, bake them in the oven, and you’ve got a delicious and satisfying meal.

Next, if you’re looking for a more unique way to use up those peppers, why not try making a soup out of them? This may sound strange, but trust me, it’s delicious.

Just dice up the peppers and add them to a pot of chicken or vegetable stock.

Bring the soup to a boil and then let it simmer until the peppers are soft.

Then, add in your favorite seasonings and you’re good to go.

This soup is perfect for a cold winter day.

How about making a dish of quesadillas with your leftovers? This is a great option if you’re looking for something quick and easy.

First, add the diced peppers to a tortilla, along with some cheese and other fillings of your choice.

Then, grill or bake the quesadillas until the cheese is melted and the tortillas are crispy.

Serve with sour cream and salsa on the side.

Another great way to use up those peppers is to make a pizza with them.

This is a fun and easy way to change up your usual pizza routine.

Just add the peppers to your favorite pizza dough, along with some cheese and other toppings.

Then, bake the pizza in the oven until the crust is golden brown and the cheese is melted.

Roasted they are also a great option for using up leftovers.

You need to slice up the peppers, drizzle them with olive oil, and roast them in the oven until they’re soft.

This is a great way to add some extra flavor to your dish.

You can use roasted ones in salads, pasta dishes, sandwiches, and more.

Lastly, grilling your peppers is another great option.

To do this, just slice up the peppers and grill them on a hot grill until they’re slightly charred.

This is a great way to add some smoky flavor to your dish.

You can use grilled bell peppers in salads, pasta dishes, sandwiches, and more.

Can you freeze bell peppers for later use?

Yes, you can freeze bell peppers for later use.

Peppers do not need to be blanched before freezing, but they should be washed and dried thoroughly.

Cut the peppers into slices or chunks, then place them in a freezer bag or container.

Peppers will keep in the freezer for up to six months (source).

How long does bell pepper last once cut?

Peppers can last up to a week when stored properly.

Cut peppers should be placed in a covered container and refrigerated.

Peppers can also be frozen for longer storage.

To freeze, slice peppers and place them on a baking sheet lined with parchment paper.

Once frozen, transfer to a freezer bag.

Use within 6 months for best quality.

How long will bell pepper keep in the fridge?

Bell pepper will last in the fridge for about 1-2 weeks.

After that, they will start to spoil and should be thrown out (source).

Wrinkled they are not only okay to eat, but they can actually be quite tasty.

Some people believe that the wrinkles indicate that the pepper is past its prime, but this is not necessarily the case.

In fact, many wrinkled peppers are simply older and have a more concentrated flavor.

So if you’re looking for a little extra flavor in your dish, don’t be afraid to use a wrinkled bell pepper

What is the best way to freeze bell peppers?

The best way to freeze bell peppers is by blanching them.

Blanching involves boiling the peppers for a few minutes and then placing them in ice water.

This process helps to preserve their color, flavor, and nutrients.

After blanching, the peppers can be frozen in airtight containers or bags.

When ready to use, they can be thawed in the refrigerator or cooked directly from frozen (source).

Can I freeze bell peppers raw?

But I recommend blanching them first for longer preservation.

How do you preserve green bell peppers?

You can preserve green bell peppers by pickling, freezing, or dehydrating them.

To pickle green bell peppers, you will need to prepare a pickling solution and then pack the peppers into jars.

To freeze green bell peppers, you will need to wash and slice the peppers, and then blanch them in boiling water.

After blanching, you will need to cool the peppers and then pack them into freezer bags.

To dehydrate green bell peppers, you will need to wash and slice the peppers, and then dry them in a food dehydrator or oven.

Do bell peppers need to go in the fridge?

No, bell peppers do not need to go in the fridge.

You can store them at room temperature, which will help them retain their flavor and crunchiness.

If you want to extend their shelf life, you can place them in a sealed bag or container in the fridge.

But be sure to use them within a week or so, as they will start to soften and lose their flavor after that.

How do you know if they are bad? 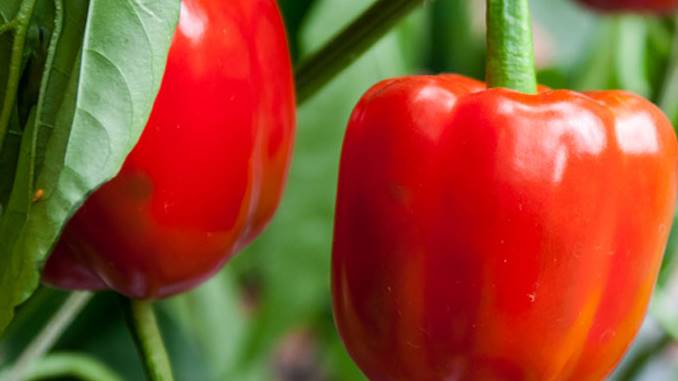 If they are bad, they will have a slimy texture and will be discolored.

They may also have an off-putting smell.

If you’re unsure whether or not they are bad, it’s best to err on the side of caution and throw them out.

How long do bell peppers last out of the fridge?

They can last in the fridge for up to two weeks.

However, they will start to lose their flavor and texture after a few days.

If you’re not planning on eating them right away, it’s best to freeze them.

Frozen bell peppers will last for several months and still retain their flavor.

Can you get sick from eating old bell peppers?

Yes, it is possible to get sick from eating old bell peppers.

The peppers can harbor bacteria that can cause food poisoning.

Symptoms of food poisoning include nausea, vomiting, and diarrhea.

If you experience these symptoms after eating bell peppers, seek medical attention immediately.

To avoid getting sick from bell peppers, be sure to purchase them from a reputable source and check the expiration date before eating them.

Additionally, wash the peppers thoroughly before consuming them.

Can you use bell pepper with mold?

If you see any mold on the surface of the pepper, it’s best to discard the entire pepper, as the mold may have infiltrated the flesh of the fruit.

It’s also important to remember that mold can spread quickly, so it’s important to keep an eye on your produce and discard anything that shows signs of mold (source).

Can you eat black bell peppers?

They are a type of pepper that is safe to eat.

Do bell peppers need to be blanched before freezing?

They don’t need to be blanched before freezing, but it helps to preserve their flavor and texture.

Blanching is a quick process of boiling vegetables in water for a short amount of time, then plunging them into ice water to stop the cooking process.

This sets the color and prevents the vegetable from losing its crunch when frozen.

Which bell pepper is healthiest?

The red ones are the healthiest.

The other colors have different amounts of nutrients, but they all have the same basic benefits.

Red bell peppers have the most vitamin C of all the colors, and they also have lycopene, which is an antioxidant that can help protect against some types of cancer (source).

There you have them, some of my favorite ways to use up leftovers.

From stir-fries to soups, there’s something here for everyone.

So don’t let those bell peppers go to waste – put them to good use with one of these recipes.