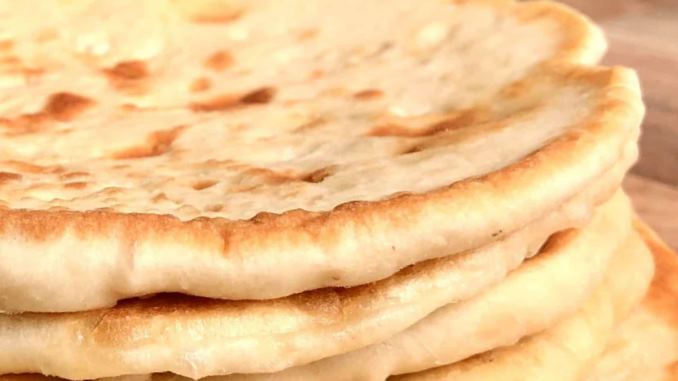 These days, many people have turned to the quick and straightforward form of making bread at home. As a result, people began to learn about making bread, such as pita or tortillas.

Just to remind you, these are two completely different types of bread. Despite being so delicious, they are not only different in name but also have different recipes. In particular, if you want to make bread without baking, you need to know things.

Below is the difference between pita vs tortilla that you need to know before you start making a delicious meal for your family.

Pita, also known as Lebanese/Syrian or Arabic Bread, is a flatbread made from wheat flour. This type of bread is mainly used in Mediterranean and Middle Eastern cuisines.

Tortilla is a flat, round-shaped bread made from wheat flour, too. This type of bread is commonly used in Mexico and Central America.

Tortilla has a thin, flat, round shape. Meanwhile, pita is a thick, flatbread, round or semi-circular.

The latter is created by the unique technique of mixing dough and fermenting. After baking, the crust is separated in half, forming a very convenient bag to fill with different foods.

Tortilla originates from Mexico, which is considered a kind of crust, can be eaten with soup or combined with meat, vegetables, eggs to create a perfect sandwich. It is a famous Mexican traditional cake and comes in various flavors and colors, depending on the type of corn used.

Pita bread originates from the Arabian peninsula, which is a kind of hollow bagel filled with different foods such as vegetables, beef, bacon, tuna, or eggs. It is considered by historians to be one of the oldest cakes.

One feature that is both similar and different between these two types of bread is that they can both be made from flour.

The standard recipe for making pita bread includes wheat flour, yeast, salt, and liquid (water or raw milk). Bread yeast and salt will cause the cake to swell and make its texture thicker and softer.

However, the difference between pita vs tortilla is that, in addition to flour, you can also make tortilla from cornmeal. Like Indian chapati, its main ingredients are cornflour/wheat flour, salt, water, and olive oil. Since there is no yeast, the texture of the tortilla is thinner than the pita.

Tortilla is always cooked in a pan. Meanwhile, pita is always baked in the oven. Therefore, if you want to cook bread that is easy to prepare and fast, then tortilla will be the number 1 choice for you. But that doesn’t mean pita isn’t delicious. Both are associated with great flavors.

Is Tortilla Good For Weight Loss?

If you are on a keto or no-carb diet, tortilla will be an excellent choice for you to get weight loss. With a nutritional composition low in carbs and calories and rich in fiber, it contains many suitable substances for the body and is not high in energy.

This dish is served hot with hot chili sauce.

Is Pita Healthier Than Rice?

In fact, despite being a starchy food, pita bread is relatively low in calories. Therefore, they are considered an effective solution for those who have difficulty following strict diets.

If your goal is to lose weight and lose fat, then pita will be a better choice than rice. This is because the fiber and protein content in it will keep you fuller for longer.

What Can You Eat Instead Of Tortillas?

Spinach wraps would be a perfect substitute, which is made from regular cornmeal or flour.

To make spinach tortillas, you can follow these steps:

What Kind Of Tortillas Can Diabetics Eat?

Bread is a typical food in the diet in many parts of the world. Unfortunately, bread often contains many carbohydrates, so many people wonder if diabetes can eat bread? The excellent news is diabetics can eat bread, but it is essential to choose the right type of bread before eating.

Tortilla is a type of flatbread, low in carbohydrates, with added fiber to reduce carbs, very suitable for people with diabetes.