Here are the top 6 best orange marmalade alternatives that you can try today:

For more information about how you can actually use these substitutes, see my guide below.

Read more: What To Do With Leftover Easter Chocolate?

To be honest, it is extremely hard to find a fitting substitute for this ingredient, unlike apple jelly or peach jam.

As discussed earlier, the flavor profile of our featured ingredient is so difficult to find elsewhere.

But it’s not impossible to recreate the sublime fusion of sweet, sour, and bitterness, and the thick gel with a slightly grainy consistency.

Here are some worthy alternatives to our featured ingredient.

Chutney is quite similar to preserves except that this has various spices added to it.

Prevalent in Indian cuisine, the flesh is sauteed with minced garlic, onion and ginger then simmered in vinegar and a bit of sugar.

Cinnamon, cardamom, and cumin are mixed in before turning the heat off.

This is a good replacement because of the sweetness of the peach itself and the sourness of the vinegar.

It also only takes a few minutes to make which is a huge plus.

In preparing the chutney, forgo the aromatic veggies and the spices.

Instead of merely cutting up the peaches, puree them before simmering in vinegar.

Add the zest of a lemon for that slight bitterness.

The ratio for replacement is 1:1.

This will be good in barbecue sauces and glazes for meat. 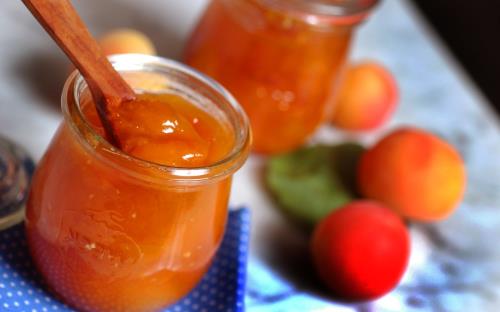 This is a common go-to sub for different jams and jellies because it has the right amount of fruity sweetness and tartness.

If the jam is made properly – with the crushed kernels inside the pits included – this adds that delicious aroma of vanilla and almonds.

It will also have a slight bitterness too, that’s why it will work well as a sub for orange marmalade.

If the recipe calls for a cup of the citrus spread, use ¾ cup of apricot jam as well.

Add the juice and zest of half a lemon to up the sharp tang.

Like Peach chutney, this will serve as a nice alternative in sauces, dips, and glazes.

Most mango chutney recipes that you will see require ripe mangoes.

But as a replacement for our featured confection, it would be better to use the fruit which has not quite ripened yet because it still has a slight sourness to it.

The process of preparing this is very similar to Peach chutney (described above).

Cut the mangos into small pieces, boil it in vinegar and a bit of sugar, then blitz it once done.

Again, don’t add the aromatics and the spices since these may greatly alter the flavor of your dish.

As an alternative, this would go well with barbecues and glaze for grilled or roasted meats. 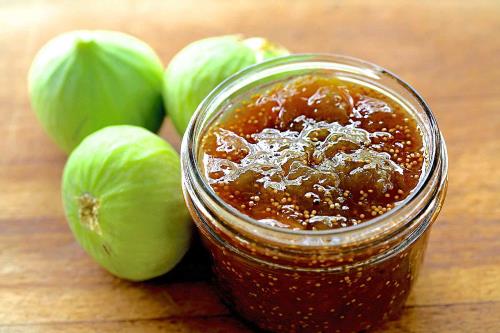 Figs have a very distinct sweet and nutty flavor that you will either like or hate.

It’s also not the first thing that would come to mind as a substitute for anything citrusy.

However, the sticky, chewy, and slightly coarse texture that it has is almost similar to the rind and piths of a marmalade.

If you are after that consistency and mouthfeel, this will work.

Because fig jam has a completely different flavor, you will need to add quite a bit of acid so that you can recreate the citrus taste.

For every cup required, use half a cup of this jam mixed with the juice and zest of an orange (Seville, Mandarin, or Navel, preferably)

Because you’re after the consistency than the flavor, this will work only for dips, sauces, and some vinaigrettes.

Although lemons are sharper and a whole lot sourer, the sugar will tamp that down and help it taste nearly like orange.

But more importantly, it will have that bitter undertone that is distinctive of citrus spreads.

At the end of the day, these two are closely related so this lemon spread is possibly the best alternative to our featured ingredient.

For every cup needed in a recipe, sub with a cup of lemon marmalade.

If you don’t want the sharp lemon flavor, use ¾ cup instead and add ¼ cup juice of a Tangerine or Heirloom Navel.

This will work for any savory dishes but this is best used for baked confectioneries, especially the cakes and pastries mentioned above.

Chances are, you don’t have any of the jams and jellies listed above in your fridge either.

But don’t fret because all conserves and products made using this citrus will work just as well.

Described below are the substitution details for every cup required in a recipe.

If you want to highlight the tang, add the zest and juice of a Tangerine or Heirloom Navel.

This will require a bit more work because the juice isn’t as thick as the marmalade.

Put two cups in a saucepan, add a cup of refined sugar, and boil.

Once reduced to half, lower the heat to a simmer and reduce it until it is slightly thick.

Let it cool before adding it to your dish.

Since this is a concentrate, expect a really strong citrus flavor.

Just like the juice, put half a cup in a saucepan and add the same amount of refined sugar.

Boil until it is reduced to half.

Let it cool before using.

What’s So Good About It?

First of all, it is important to know the distinction among sweetened fruit spreads.

What makes this conserve extra special is that you don’t just get sugary and fruity sweetness jams and jellies just have.

It has several layers of flavor, serving a wonderful treat to your taste buds: sweet at first, tangy next, slight bitterness which is not that unlikeable, and then another wave of sweetness and tang.

Let’s Get to Know Orange Marmalade A Little Better

Many believe that this sweet and tangy spread was invented by the Keillers in Scotland in the 1760s; that is why it’s such a big hit in breakfast tables all over the United Kingdom up to this day.

While James Keiller and his wife are credited with making it commercially available, this existed way before that.

The Portuguese have been making quince paste – a gelatinous block that is thinly sliced and served over toast – which they call Marmelos.

On top of that, a recipe book featured the marmalade a hundred years before the Keillers sold their first jar.

And while we are all familiar with the bright tangerine and super thick confection, there are different other variants that everyone would benefit from knowing…

This creates a thicker consistency and a strong tangy bitter flavor.

This citrus spread is not just a great partner for heavily buttered bread or in other confectioneries.

This also gives a surprising bright flavor to savory dishes.

You Can Make Your Own at Home

One news article remarked on the decreasing sales of commercially-produced orange marmalade in recent years.

And this is because more and more people are making their own at home.

If you haven’t yet, you should give it a try because it is very easy.

Sure, the process is time-consuming – peeling the rind off, cutting up the fruit, and boiling it in sugar until it is thick – but it’s worth it.

Also, a kilo of Seville plus sugar which costs very little will already yield three medium-sized jars, and that can last you months!

But if you require a tablespoon ASAP, maybe for tonight’s dinner or on your toast in the morning, any of the listed substitutes will work quite well.