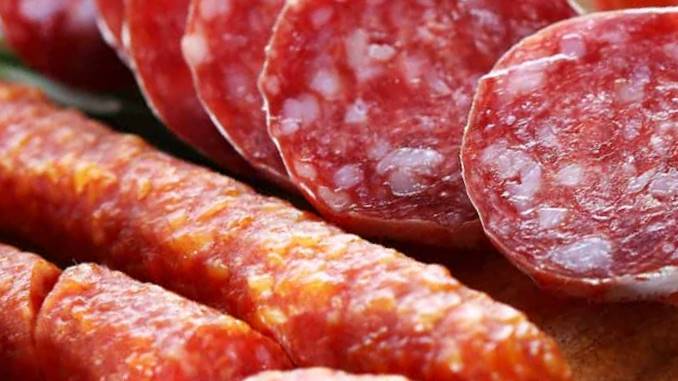 Longaniza and Chorizo are two foods that must have confused many people by their similarities. Although they’re both cured, smoked, and spiced, you might be surprised that these Spanish sausages are actually quite different in ingredients, how they’re made, and even their taste.

Here’s a detailed comparison between Longaniza and Chorizo to help you decide which one you should be using in your recipes. Let’s get started!

Related: Top 30 best Mexican foods you should know about

First and foremost, let’s take a look at the history and origin of these two specialties. Actually, they are not two unrelated foods, which both came from Spain, then brought to Mexico and other colonial countries in the 1800s.

Since that time, there have been many variations from the traditional version. Each region has added or subtracted spices to suit their taste.

For example, they like to add chili and black pepper, use vinegar in place of wine, and change the shape of the original. These variations led to the appearance of Longaniza and Chorizo as it is today.

The main differences include:

Pork is a required ingredient in both, but the type is slightly dissimilar. Longaniza uses minced pork, while Chorizo uses ground pork.

The most characteristic and unique feature of Longaniza is the taste of black pepper, which has a mild spicy aroma. As for Chorizo, this dish comes with a fresh spicy taste of red pepper.

Longaniza is considered the closest variant to the original as it is maintained in Spain and predominantly Spanish-speaking countries. Chorizo is prevalent in certain areas of Spain, and also in other countries and regions.

Longaniza is usually presented as a long sausage. Meanwhile, Chorizo is often identified by short pieces of sausage that are joined together into a long piece. Mexicans consider this to be the easiest way to identify these two types.

Different processing also results in two contrasting textures. Longaniza has a much thinner texture than Chorizo.

Longaniza is often used directly as a sausage. Meanwhile, Chorizo is not like that; most people usually remove Chorizo from the casings.

The above differences are just common signs used to identify these two types. Different dishes will require Longaniza or Chorizo. So apart from the above characteristics, how can you distinguish them more accurately?

There is a tip for you to identify them that is based on the recipe quickly. For instance, if the instructions tell you to remove the rind before using it, it’s Chorizo, and if it asks you to slice or cook it before serving, you’re using Longaniza.

Can You Substitute Between Them?

You need to think carefully before deciding to replace these sustenances. Although they are all made from pork, their taste is entirely distinctive.

Longaniza can be substituted for Chorizo as Longaniza is less spicy. Hence you can use other ingredients like paprika until you get the desired result.

But the opposite cannot be done. Chorizo cannot act as a substitution for Longaniza because this dish is extremely spicy. Therefore, adding it can ruin your meals, and you can’t fix them with another flavoring.

How Is Longaniza Cooked?

Longaniza is cooked in a variety of ways, from boiled to pan-fried and grilled. One thing is for sure; you need to boil the Longaniza before using though their use is the same as sausages.

If not, another option is to add thin slices of Longaniza directly to the dish that is being cooked. Here are the steps for you to properly prepare Longaniza:

Longaniza can be added to several recipes to enhance the flavor. Some popular dishes include Sautéed potatoes, charro beans, spicy tacos, omelet, fried rice, and various soups. It can also be served alongside paella.

You can refer to this link to find out delicious recipes with Longaniza.

How Is Chorizo Made? (A Simple Chorizo Recipe)

As mentioned previously, before using Chorizo, you should remove the casing first. Moreover, you need to keep in mind that there is a lot of fat in the food here, so you do not need to add oil to fry them. People often put the thing on a cooking pan before adding other foods, as the amount of oil is enough to replace others.

The following is the correct ​​processing:

Chorizo ​​is an indispensable ingredient when eating tortillas or tacos. If you want to enjoy a quick and straightforward breakfast, cook the eggs and potatoes after removing the chorizo ​​from the pan. In this way, your breakfast is still nutritious but also saves time.

Some soups also have this food ​​added to thicken and intensify the flavor. Especially when coming to Mexico, it is not difficult to see this one ​​is an imperative component in Pizza.

For more information about Chorizo, click on this link.

Both Mexican and Spanish versions are fermented, cured sausages. However, there are several key differences between these two varieties.

Mexican one can be made with chicken and pork, but it is usually made with beef. Unlike the Mexican version, the Spanish one has a relatively smooth texture due to its inclusion of fat (usual pork).

The main difference between both types of sausage lies in their flavorings. The Mexican type is spicier. Spanish chorizos typically feature herbs such as thyme and marjoram, while Mexican-style sausage tends to rely on dried red chili peppers and chili powder for its spicy edge.

In addition to having different flavor profiles, Spanish Chorizos have more pimentón, which gives them their distinct reddish hue when sliced into rounds.

The processing of Spanish and Mexican chorizo is also unalike. While the Mexican version will be presented as raw sausage, the Spanish one has more choices. Spaniards can choose between raw or processed sausages.

What Kind Of Meat Is Longaniza?

The original versions of Longaniza and Chorizo were both made with pork. Nowadays, pork in the above two dishes is still the primary ingredient, but there is still a slight change.

While Chorizo is made mainly with bacon and fat, the types of meat in Longaniza may include minced meat, fat, cartilage, either combined or smoked.