Fajita and chimichanga may look similar, especially when both are served as a wrapped burrito. However, they are vastly different from each other.

Learning about the distinctions can help you make better decisions when choosing a Mexican dish in the restaurant. This knowledge can also bring the Mexican flavor to your cooking, making it more authentic and delicious.

If this happens to pique your interest, now is the time to learn the difference between fajita vs chimichanga.

Chimichangas are basically deep-fried burritos. This dish is popular in Tex-Mex and other Southwestern American cuisines.

Chimichanga is another tortilla-based dish together with more popular ones like taco and burrito.

To make chimichangas, people would fill a flour tortilla with various ingredients, usually rice, cheese, beans, and meat, then fold it into a rectangle bundle.

The meat options can include machaca (dried meat), carne adobada (marinated meat), carne seca (dried beef), or shredded chicken. After that, the wrap is deep-fried and served with salsa, guacamole, sour cream, etc.

When you think about it, a chimichanga is essentially a burrito with the addition of a deep-frying process. The end product is a tasty, hot filling surrounded by a lovely, crispy outer shell. Each bite bursts with mouthwatering flavors and textures. Just thinking about it can make anyone hungry.

Fajitas (and why Tacos & Burritos are involved here)

Fajita is famous in Tex-Mex cuisine that is influenced by both Mexican and southern American dishes.

The Spanish word “faja” refers to an animal’s middle section or waist (belt, sash, or even girdle). In Mexican cuisine, the term originally referred to a grilled beef cut from the cow’s “plate” region, commonly hanger or skirt steak. Thus, the name was traditionally used to refer to the cut of the meat used to make this dish.

Although skirt steak is usually used to make fajita, chicken and other cuts of beef can also be used for this dish. Thus, the vegetarian option will replace meat with sliced vegetables.

To make fajita, people would sauté meat with onions and bell peppers and top everything with shredded lettuce, guacamole, salsa, pico de gallo, and chopped tomato. Fajitas are usually served with tortillas. This kind of meat makes the ideal filling for tortilla-based dishes like tacos or burritos.

Hence, when fajita is wrapped into a burrito and gets deep-fried, it can easily be turned into a chimichanga.

The Differences Between Fajita And Chimichanga

In the case of chimichanga, according to some accounts, this dish began in Mexico. Meanwhile, others claim it originated in Arizona, United States when one man accidentally dropped his traditional burrito into a deep fryer.

Yet, given the Mexican variety chimichanga, one derivation suggested that immigrants to the United States brought the meal with them, mainly through Sonora into Arizona.

The first culinary evidence of fajitas, including its cut of beef and its cooking method (directly over a campfire or on a grill), dates back to the 1930s in the ranchlands of South and West Texas.

The dish remained restricted to its region for a long time. It was not until 1969 when a meat market manager opened the first fajita taco stall and popularized this way of cooking meat to more people.

Ingredients (can they stack?)

Fajitas are usually served with a tortilla and even wrapped into a burrito, which is probably where the source of confusion between the two dishes starts. Chimichanga and fajitas are mostly made up of meat and veggies wrapped in a tortilla.

To distinguish, the fried burrito is filled with meat and a variety of additional contents, wrapped in an extra-large tortilla and deep-fried. Chimichanga is often served with cheese and sour cream.

On the other hand, fajitas are often made using grilled meat that has been marinated with onions and peppers, such as chicken or beef. Fajitas are a popular dish. Fajitas are frequently served on a griddle with tortillas on the side so that you can wrap them to your liking.

To sum up, chimichanga and fajita are essentially different from each other. While the former is the deep-fried burrito, the latter is a method people use to cook meat.

With the confusion cleared, let’s learn how to make both fajita and chimichanga so that you can enjoy both of them at home.

How To Make Chimichangas?

Follow our recipe and try these tender chicken/beef chimichangas baked or pan-fried with a packed Mexican filling and a soft but crispy crust on the outside. These are going to be any family favorite!

How To Make Fajitas? 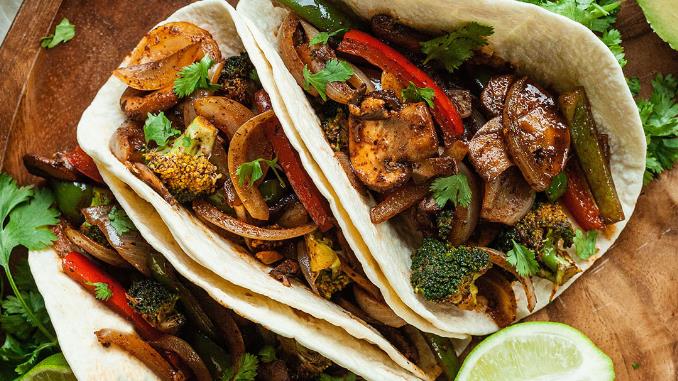 The most crucial part of fajita is the seasoning. Get the seasoning right, and your dish will taste delicious and authentic. You can find fajita seasoning at your local supermarkets. On the other hand, making your own allows you to tailor the ingredients and amounts to your preferences.

Homemade seasoning blends, such as chili powder and taco seasoning, which are slightly different from fajita seasoning, are far less expensive. As a result, if you’re seeking a recipe for fajita spice and the best fajita, go no further than the recipe below.

Now you have had everything you need to know to tell fajita vs chimichanga apart. All you need to remember is that chimichangas are fried burritos, and fajita refers to meat cooked in a certain way.

Additionally, don’t hesitate to follow our recipes for these dishes and bring the Mexican taste to your daily meals. You can thank us later.