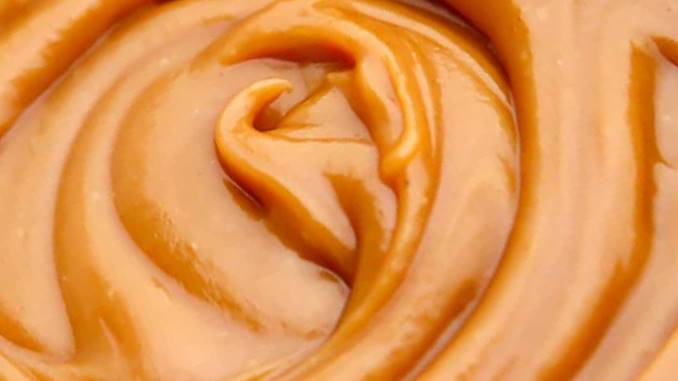 Do you know the differences between caramel vs carmel? We bet many of you don’t. Indeed, many people mistake these two terms for one another, causing a lot of misunderstandings. If you’re also one of those who couldn’t tell these words apart, today’s post is for you. Keep on reading!

When the sugar turns progressively cooked under this heat, the particles decompose and produce different mixtures with a full, sweet taste and a darker amber brownish shade.

People usually refer to this process as “caramelization,” and the reaction would occur using any sugar.

For example, Milton Hershey’s confectionery business didn’t start with chocolate. Instead, it started with caramels. Lancaster Caramel Company was his initial business.

Hershey encountered the delights of chocolates when looking for new sweet coverings for Lancaster Caramels. During the 19th century, Hershey traded the business to The American Caramel Company for only one million dollars.

August Goetze, the company’s owner, started producing sweet treats in Baltimore, Maryland, in 1895. He established Goetze’s Candy Company, another major event in the evolution of caramels.

It wasn’t until 1940 that Goetze’s Candy Company decided to make and sell the first caramel confectionery exclusively. Their treat boasts a sweet, chewy base, which people usually call the delectable Caramel Cream!

Brach’s Candy is another major confectionery manufacturer in the background of caramels’ development and production. Emil Brach started this firm in 1904. There was a small business in Chicago, and caramels got produced in the shop’s backroom.

Caramel dressings or delicate caramel sweets, including milk caramels, could be achievable by infusing caramel with dairy and different ingredients. Fruits with caramel covering are a classic fall delicacy.

Usually, caramels include a sprinkle of salt to neutralize the bitter taste that arises during the caramelization process.

Salted caramel is a classic variant in which people either sprinkle salt on top of the candy or blend it into the syrup itself. Also widespread are caramel-infused brews and warm cocoas. These salted versions have also grown increasingly common today.

People can either enjoy caramel on their own as a treat or utilize it to season different sweets, pastries, or drinks. Flan and crème brûlée are also classic sweets that get topped with a coating of caramel.

Deep and highly yummy, caramel is a delectable treat for the taste buds. Once it warms in the tongue, its texture turns considerably stickier.

The caramel flavor is a substance that people use to dye beverages, especially colas. Most of the time, manufacturers usually produce this extremely condensed ingredient using caramelized syrup and boasts a robust, bittersweet taste.

How Is Caramel Pronounced?

The term’s 2nd preferred pronunciation is likewise 3 syllables, but it is somewhat distinct kar-a-mel.

The poorest pronunciation is simply 2 vowels: Kahr-mul. There is a good chance that this pronunciation becomes muddled by the metropolis of Jerusalem, California, and the Carmel summit.

How Is Caramel Made?

To prepare a meal using caramel, you may do it yourself or purchase it ready-made (either in dry or wet forms).

It’s easy to make dry caramel by boiling sugar until it melts and then cooling it down. For the wet form, you need to blend sugar with water and boil it until it caramelizes.

Whatever technique people employ, it’s a must that you stir the sugar continually to avoid sizzling sections that might rapidly pass the stage of caramelization and become burnt.

However, preparing it yourself might be challenging due to the constrained heat spectrum at which sugar forms caramel without burning.

To enhance the taste and consistency, people could also utilize additional ingredients, including butter, cream, or vanilla. Typically, they add these components after caramelization.

Sugar can also turn brown if people add milk or butter before it becomes heated. This produces a slightly distinct taste and mouthfeel. The addition of milk or butter creates a soft caramelized consistency instead of a hard candy one.

Pre-made cooking caramels are also available. In general, they are bite-sized sweets that come separately packaged in foil. Alternatively, you may uncover a large number of them, cook them, and then utilize the caramelized sugar as a substitute.

Carmel is a noun word. This term can correspond to either a city in California or a mountaintop in Israel. The term Carmel never relates to a culinary ingredient. Thus writing it this way in such a situation is incorrect.

Carmel, commonly known as Carmel-by-the-Sea, is a metropolitan area in Monterey County, California, in the United States of America. Nearby Monterey, on the northernmost tip of the Big Sur area, sits by Carmel River and Carmel Bay and is next to Monterey.

Since its founding in 1904, the town has had various architectural designs with minimal pavements or traffic signs. There are a couple of vineyards in Carmel. The city’s income is dependent primarily on visitors.

During the 1980s, star Clint Eastwood was the governor of the region and held various art exhibitions. The Carmel Mission, the Biblical Garden, and the beautiful Seventeen-Mile Drive to Pacific Grove are among the famous sights of Carmel.