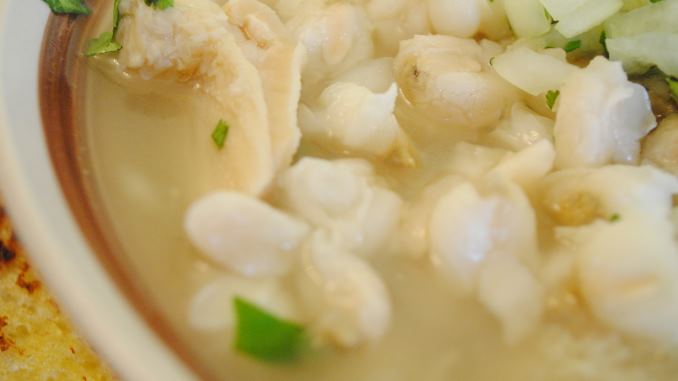 Have you ever eaten menudo or have seen others eat it at a Mexican restaurant? If yes, did you wonder why there is a white version and a red version? Indeed, the idea of white menudo vs red menudo is confusing, especially for those who are not well-versed in Mexican cuisine.

Understanding this, we have put together a detailed article looking at the two dishes’ similarities, differences, and FAQs. Dive into this interesting topic and further your knowledge of Mexican cuisine!

Menudo is an important dish in Mexican culture. Not only is it an expression of Mexican cooks, but it is also a symbol in special occasions, like weddings. More specifically, it is often served when the families from both sides of the bride and groom visit each other’s houses after the ceremony.

The main ingredients for this traditional Mexican soup, either white or red, is tripe or cow’s stomach, which is cut into strips or diced. Ideally, only tripe is used.

However, variants can include libretto beet, feet, tendons, pig’s trotters, etc. The preparation and cooking time varies depending on the meat that is used.

Both white and red ones are commonly seasoned with salt, pepper, chopped or minced onions, garlic, as well as oregano, and cilantro. Sometimes, there are also diced lemon or lime as garnish.

Both white and red ones take a long time to cook.

The key ingredient—tripe—has to be boiled at low to medium heat for a long period in hot water. Typically, it stays in a large pot for three hours. During this time, there is an onion to accompany it. The onion takes away any strong odor coming from the tripe and is thrown away in later steps.

After the tripe is boiled and somewhat softened,  it is removed from the pot and transferred elsewhere to cool. Then, it is cut into strips of diced. There is no correct way to go about it and it is mostly a matter of preference.

Next, the tripe gets a new pot with fresh water. Seasoning, such as oregano and cilantro is added and boiled along with it. Following them are salt, chopped or minced onion, and a few heads of garlic. After three more hours of boiling, hominy is added to complete the menudo.

The difference in color is because of the addition of red pepper or chilies. This is present in the original recipe and is what gives the soup its bold profile. However, variants in other regions of Mexico do not include red pepper or chilies, so it is clear when transferred into a bowl to serve.

“White” in the name refers to this translucence. Locally, the white menudo is called menudo blanco, where “blanco” means white.

Since the red menudo contains red pepper or chilies, it has a spicier taste compared to the white menudo. By the same token, the general rule of thumb when it comes to menudo is that the redder the broth is, the spicier it is.

However, for spicy-lovers and specific regions such as in Mexicos’ northwest states, chopped green chilies or jalapenos are still added to ensure the spicy flavor while delivering a clear soup. Nevertheless, this is not too common.

What Do You Eat Menudo With?

There is a lot that you can eat menudo with. Most commonly, it is served with corn tortillas. However, some people do enjoy it with bread or crackers. If you do not want or have corn tortillas, locals will recommend bolillos or tostadas.

What Is It Good For?

Menudo is also a good hangover soup. As a result, it has the nickname “breakfast of the champions”. It is said that the time a person spends waiting for the menudo to boil and finally getting to taste the ultimate flavor is what “beats” or wards off the hangover. Therefore, they, both white and red, are very commonly sold as a hangover cure in early morning restaurants.

How Long Will It Be Good For?

You can keep it good in the fridge for three to four days, and up to one month in the freezer. It might sound funny but most Mexicans will recommend eating reheated ones because it is slightly thickened and somehow tastes better.

You can store menudo in a glass container and seal it with a lid. So, it is possible to make it ahead and have it readily available whenever you want a hearty soup!