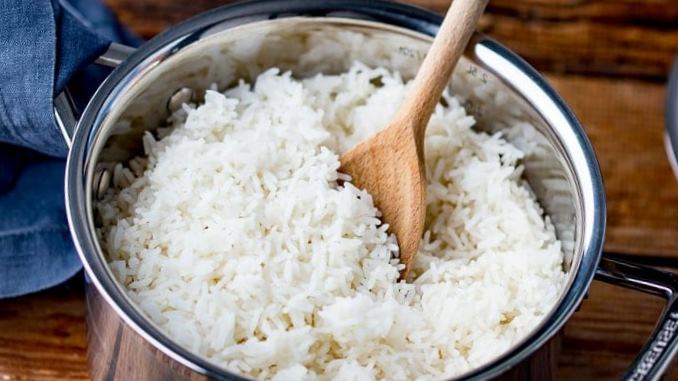 Tortilla vs rice are two popular dishes around the world. However, many people have no idea about their distinctions. In this formative article, we will provide you with beneficial information to get a clearer picture of how they are different from each other.

In terms of energy value, tortillas give you 218 calories, while rice comes with only 130 calories in one 100-gram serving. Specifically, making the former requires a mixture of refined flour, salt, lard or shortening, baking soda, and some other ingredients, causing it to contain a higher amount of calories than rice.

However, the energy values of these foods can fluctuate based on different cooking procedures with different ingredients. So, before adding any add-on to the food, remember to check on the product label.

Regarding the nutritional value of food, avoid compromising on it. Otherwise, you might probably suffer a significant vulnerability to various types of health issues.

At first, we intended to clarify the comparison within the paragraphs, but it seems challenging for you to understand. Hence, we decided to finalize a comparison table to give you a better understanding. After that, we will provide the analysis of one by one with their advantages and disa explained in detail.

The amount of tortilla calories takes up 10% of your daily intake. It contains vitamin B-6 and a small amount of protein. The vitamin helps promote brain health and lower the level of depression and cancer.

Tortillas also have Potassium, Magnesium, Iron, and Calcium, preserving an adequate amount of minerals in your body. Additionally, there are only 2.9 grams of fat and no cholesterol in it, which means the food is harmless to the heart and won’t affect your body weight as long as you can control your daily caloric intake.

On the other hand, rice comes with lower amounts of element values. Like tortillas, it is low in fat and has no cholesterol. But remember to control the amount of your daily rice intake.

Which Tortilla Is The Healthiest?

Tortillas are thin flatbread, usually made from either wheat flour or cornflour. Unlike wheat flour variants that pack more fat due to shortening or lard added, corn tortillas contain a lower amount of calories, carbs, and fat. People consider it a whole grain, which means the healthiest option.

The corn tortilla is also a good source of magnesium and fiber. Magnesium is essential for the heart, brain, and muscles, while fiber plays a vital role in heart health and digestion.

Which Is A Healthy Substitute For Tortillas?

You can have homemade spinach tortillas as a healthy substitute for the regular version made with refined flour to optimize your daily diet correctly. If that’s the case, preparing 4 ingredients is necessary: spinach, sea salt, spelt flour, and water. The equipment needed includes a skillet, a mixing bowl, and a rolling pin.

The cooking process will take you about 25 minutes to finish your final homemade spinach tortilla.

Does Rice Have Gluten?

All-natural types of rice: wild, brown, or white are gluten-free. It is an excellent dish option for those who have celiac disease – an autoimmune disease triggered by gluten or those who are allergic to or sensitive to gluten.

Several rice dishes still have gluten due to gluten-containing ingredients added to the dish. For example:

In some cases, people grow, harvest, and process rice near the same facilities such as rye, barley, or wheat, causing it to become cross-contaminated with gluten. People also sell this type of rice in bulk bins, so be careful before purchasing.

For homemakers who love Mexican cuisine, homemade tortillas for tacos, enchiladas, fajitas, or quesadillas are a treat. Thus, cooking utensils that aid in this tortillas-making process are incredibly...

The best empanada press will help you a lot when preparing those delicious homemade treats. Indeed, no more spending hours sitting and folding those pastries by hand. Yet, these items are too similar...