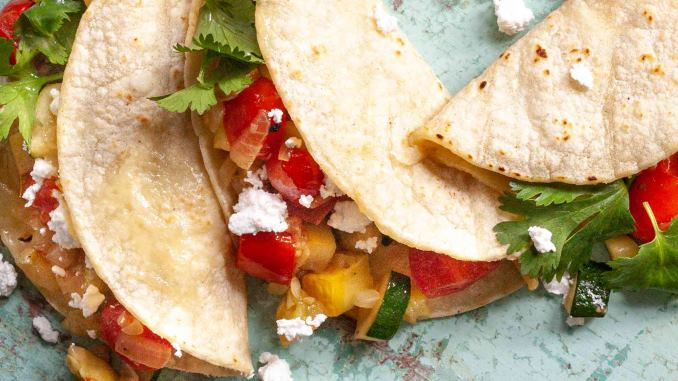 Taquitos and tacos are two among the most popular foods favored by Mexican and American people. They share some similar features, causing eaters to mistake one of two.

In this article, we will provide you with some valuable insights to have a more in-depth overview of these two famous dishes.

The origins of both these two recipes are unknown. Many people suppose these two dishes came from Mexico, which is still not confirmed yet.

However, the controversy about the origin of taquitos has not ended. While the dish is regarded by many as Mexican food, people argue that it was born in the United States.

Meaning of the name

Taquitos means “small taco” in Spanish, and that is what they are: delicious tiny snacks similar to folded tacos. So, many people classify them in the category of tacos.

Both 2 dishes require wrappers made from corn tortillas.

A traditional taco commonly requires circular tortillas folded in half and topped with cheese, meat, chopped tomatoes, and onions. Meanwhile, the taquitos are not open. They are much smaller and shorter than tacos.

A taco is usually much larger so that you can sprinkle more toppings on top of it. In contrast, a taquito has a folded shape, which means that you cannot stuff them with as many additional garnishes like guacamole, sour cream, rice, and salsa as tacos.

Taquitos often involve deep-frying, while tacos need baking in a pan sprayed with cooking oil until golden brown. Therefore, fried taquitos are more crunchy than baked tacos. Next, top the pre-cooked ingredients over the corn tortillas then roll them up. Finally, deep fry the rolls and your taquito is done.

On the other hand, to make a taco, you need to bake the tortilla and add cooked toppings later.

How To Have A Meal Out Of Frozen Taquitos?

Too busy to have the time to prepare homemade meals every day? Here’s a simple weeknight supper option utilizing frozen taquitos. Firstly, you will need to prepare:

How to Fry Taquitos Without Them Falling Apart?

One of the most challenging aspects of making taquitos is keeping the tortillas from unrolling or falling apart during frying. Taking precautions helps avoid this problem during the preparation stage.

Roll up the taquitos until the tortilla covers the filling entirely, leaving the ends unclosed.

Arrange the rolled taquitos on a clean cutting board and let the seam side face down.

Lay the taquito’s seam side down on a frying pan with the toothpicks facing upwards. Fry them for 3-5 minutes, or until the bottoms turn golden.

Remove the toothpicks. With a set of tongs, grasp one end of the taquito and slip the opposing head with a spatula. Roll them to the opposite side with the sealed seam facing up, using the tongs and the spatula. Fry for 3-5 minutes, or until golden.

Cook the ends for 1-2 minutes each if preferred.