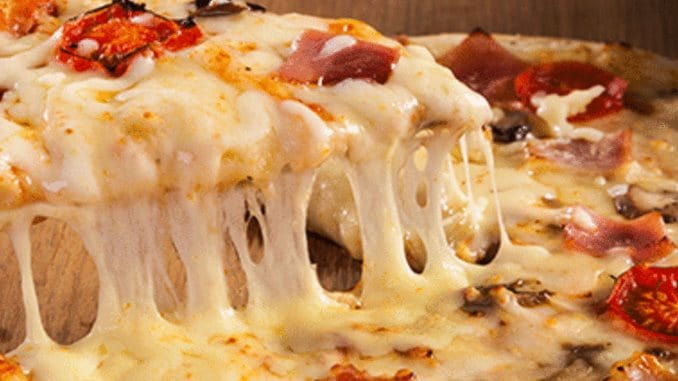 Tacos and pizza are among the most commonly consumed foods by Americans. They exhibit distinct culinary cultures of their countries. However, it is pretty tricky for many people to point out how they differ precisely.

This article will tell these iconic foods apart and help you learn more about their distinctive features, as well as tell you which one would taste better.

Related: The only Mexican dishes you should know about

What Are The Differences? Which One Is Better?

While the origins of the taco are hardly known, it has been speculated that Mexican miners invented tacos. As it became more popular, different regions of Mexico began to develop their own regionally distinct versions.

The current pizza, as we know it today, first gained popularity in the late 1800s. It was considered street food at the time. In 1861 when Italy unified, the King and Queen paid a visit to Naples. They tried a mixture of pizzas, but the Queen’s favorite was one with green basil, red tomatoes, and soft white cheese, which happen to be the colors of the Italian flag as well!

Margherita was the name given to that particular topping combination after the Queen.

The tacos eaten by everyone are commonly much smaller than pizzas. While the tacos are small hand-sized wheat or corn tortillas topped with fillings, a pizza is a larger one usually cut into smaller slices which are better to share for everyone.

You may not recognize that you could also have a taco pizza slice – placing tacos on it. But, on the other hand, you can not have pizza in your tacos.

The dough is what ultimately defines a pizza. Whatever you put on top, it will always be a doughy, bready concoction. In short, pizza without dough is not a pizza.

In contrast, what you put in the taco will define it. Yes, a tortilla made of wheat or corn flour is the wrapper used for your tacos. However, what’s inside of a taco is the most important part of it.

Tacos and pizzas both offer a wide range of selections for their fillings. Nonetheless, tacos commonly come with pre-cooked toppings. Meanwhile, the top of a pizza is usually fresh. You don’t need to cook the toppings fully because the oven will handle this.

If tacos require a tortilla and pre-cooked toppings for quick and effortless enjoyment, pizzas are linked with a complicated cooking procedure. In general, you have to prepare the crusts and wait to bake a whole pizza, while tacos save you more time to enjoy.

Generally, consuming pizzas exposes you to more adverse health impacts than tacos because they are originally junk food with higher calories. People tend to eat more than one bite of pizza, while two tacos are enough for them.

However, there are many healthy versions of both tacos and pizzas. Take priority of whole-grain dough, lean protein, vegetables, and healthier toppings such as low-fat cream and cheese to make your healthy food.

What Should Tacos Be Considered? Junk or Healthy Food? (Real Expert Reviews)

Reviews from health experts consider tacos as either junk food or healthy food, depending on the ingredients or the way eaters prepared it. For instance, fast food restaurants often serve deep-fried tacos prepared with a high amount of sauce, cheese, seasonings, salt but no vegetable toppings. Then, tacos could be considered junk food.

If prepared with vegan protein (beans, tofu) or lean protein (fish, chicken, beef), the taco will contain healthier components rather than cooked with high-fat beef.

When it comes to healthier taco shells, it is better to choose whole grain as the main carbohydrate of the dish instead of the ones made with white flour. Vegetables added to tops, such as tomatoes and lettuce, are also good for health.

In terms of toppings, while cheese and sour cream are high-fat and highly caloric, salsa would be your healthiest bet. Typically, guacamole is healthy; however, most food places usually prepare guacamole with full-fat sour cream to create a rich flavor.

What To Serve With Tacos?

You can enjoy tacos as a main dish or a snack. Sometimes, they even prepare some more tasty side dishes to increase the flavor of the mix. Here are a few suggestions that are quick and easy to pull together:

Nachos are a delicious addition and can often require many of the same ingredients used in the tacos.

Refried beans are a quick and easy side dish to any Mexican meal. With a can of Old El Paso™ refried beans on hand, you can have a pleasing dish to your tacos in a snap.

Chips and dips made from tortillas combined with guacamole and salsa can be a perfect choice to share and enjoy when you serve up tacos. Taco bean dip and five-layer Mexican dip are also two delicious options to enjoy.

How to Assure Your Yeast Is Active?

The dough of pizzas is a yeasted dough requiring active dry yeast. Before making pizza, it is vital to check the expiration date on the yeast package. Otherwise, yeast too old will be dead and won’t work, eventually affecting your desired pizza.

Furthermore, the sign of dead yeast is that it does not bloom or foam within 10 minutes when you add it to the water from the very step of making the pizza dough. Then, you will have to start over with new, active yeast.

Tips for Shaping the Pizza Dough Into Rounds

Pizzerias usually make it look simple to create the shape-rounded dough, but you may have to practice to get it right in your kitchen. Try out these suggestions.