Many people may get confused when distinguishing quesadilla vs burrito. Even though both are described as meat filling in a tortilla, each has unique features, which is why they are identified separately in Mexican cuisine.

Knowing these differences helps you make better menu choices and surprise Mexican friends with your knowledge. If any of these managed to pique your interest, read until the end to learn all the distinctions between a quesadilla and a burrito.

Quesadillas vs Burritos – The Overview 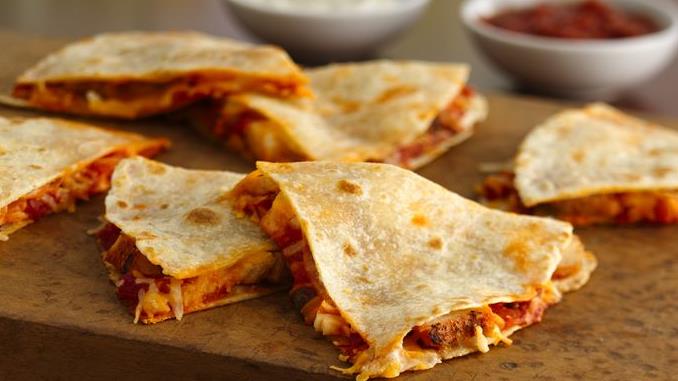 Quesadilla is a Mexican dish made with a thin dough or tortilla filled with cheese, meats, spices, and other fillings. After stuffing the filling inside a folded tortilla, a quesadilla will be grilled on a griddle or stove until the cheese melted down.

The traditional quesadilla would call for corn tortilla; however, a flour tortilla can also be utilized. The tortilla is a staple in Mexican cuisine. Like how Asians eat rice every day, Mexicans consume tortillas on a daily basis.

Although the quesadilla is generally made with cheese, it can also be loaded with meat, beans, jalapeños, onions, and other seasonings. Although you can add other ingredients to the filling, the addition should be minor so that cheese remains the main ingredient.

The defining feature of a quesadilla would always be cheese. The name of this dish is a direct reference to cheese in Spanish. Hence, if the filling is not primarily cheese, you are not making a quesadilla. 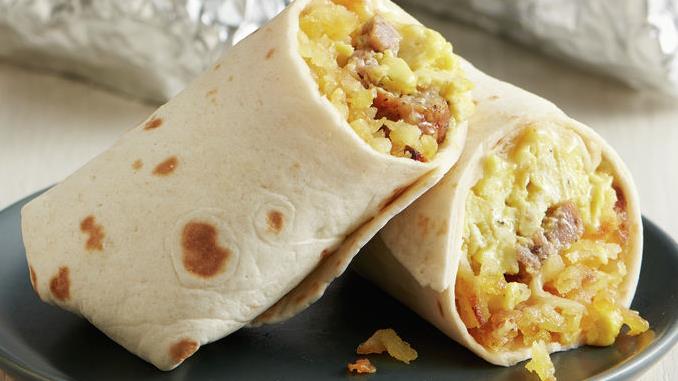 Burritos are a traditional Mexican dish made by rolling an extra-large tortilla into a cylinder and stuffing it with meat, beans, cheese, and red pepper sauce.

The meat is diced, seasoned with spices, then stir-fried separately before being rolled inside the tortilla with other fillings. Yet, since the burrito can be grilled again after rolling, you may not need to stir-fry ahead of time.

The modern burrito can vary a lot from its traditional form. People can change or add extra ingredients to the filling, such as rice, vegetables, corn, guacamole, sour cream, or whatever they like.

Although both dishes originate from Mexico and are tortilla-based dishes, they have some differences that set each of them apart from each other.

Quesadilla translates into “little cheese thing” in English. This dish’s origin dates back to a long time ago, derived from Aztec, different from today’s quesadilla.

Corn tortillas have always been a staple among the Aztecs. To create a delicious dessert from this, they packed them with squash and pumpkin and baked them in clay ovens. In 1521, after the European introduction of cheese and dairy products in this region, the filling was replaced by cheese. This resulted in a newer quesadilla version that wins the heart of millions up to this moment.

In the case of burritos, Mexicans invented this dish by accident in the early twentieth century while looking for ways to keep their food warm during a long journey. They wrapped a mixture of meat, maize, cheese, and beans in tortillas, then hung them on the backs of donkeys to keep the food warm. This is the first version of a burrito in history.

As mentioned above, the filling of a quesadilla has to revolve around cheese. You can add other ingredients to complement the cheese. Yet, if you add too many secondary ingredients and overpower the cheese, the taste of your quesadilla may not live up to your expectations.

Meanwhile, the filling of a burrito can be anything to your liking.

A burrito and a quesadilla are different in terms of appearance because the former is cylindrical, while the latter is flat.

Since a burrito contains a lot of filling, it can take on a bigger cylindrical shape when it is formed into a roll. Meanwhile, a quesadilla is flat due to its limited ingredients.

When compared to a burrito, a quesadilla is also much lighter. A burrito is heavier than a quesadilla since it contains meat or beans, lettuce, and cheese, whereas a quesadilla only has a cheese filling.

Method of cooking (and how to use the tortilla and cheese)

When constructing a quesadilla, you must first lay the cheese inside the tortilla before grilling the quesadilla so that the cheese can melt.

A full quesadilla is generally constructed with two tortillas sandwiched together with a filling of cheese. A half counterpart is a single tortilla folded into a half-moon shape and stuffed with cheese.

When making a burrito, unless the filling has become cold, the burrito will not be placed back on the stove once the filling is inside the tortilla.

How To Make A Quesadilla?

Now, let’s learn how to make this cheesy dish with our simple recipe below. This recipe only contains cheese as the filling. Yet, you can feel free to add other ingredients to the filling as long as the cheese still takes the central stage.

How To Make A Burrito?

If you want to make a burrito at home, here is a simple recipe for you to put together a delicious burrito quickly.

Which is better quesadilla or burrito?

No, quesadillas are not unhealthy. In fact, they can be a very healthy option if you make them with the right ingredients. For example, you can use whole wheat tortillas and low-fat cheese to make a quesadilla that is both nutritious and delicious.

What are some variations of quesadillas?

Some variations of quesadillas include the addition of vegetables, such as mushrooms or onions. You can also add chicken or beef to make them more filling. Another variation is to add salsa or guacamole to the quesadilla for extra flavor.

Taco Bell quesadillas typically include cheese, chicken, and sour cream. However, the ingredients may vary depending on the location.

Like quesadillas, burritos can also be healthy if you make them with the right ingredients. For example, you can use whole wheat tortillas and low-fat meat to make a healthy burrito. However, burritos are typically heavier and more caloric than quesadillas, so they may not be the best choice if you’re looking for a light meal.

Can you lose weight eating burritos?

It is possible to lose weight eating burritos. However, it’s important to make sure that you choose a healthy burrito recipe and that you don’t overindulge. For example, you can make a low-calorie burrito by using a whole wheat tortilla and low-fat filling.

Is it OK to eat a burrito after working out?

Yes, it is OK to eat a burrito after working out. In fact, eating a healthy burrito can help you recover from your workout. For example, you can make a burrito with whole wheat tortillas and low-fat protein, such as chicken or beef. This will give you the energy you need to refuel after your workout.

With the help of our comprehensive guide above, you have now grasped the essential differences between quesadilla vs burrito. Furthermore, try following our recipes to make these delicious dishes at home.

I bet that it will be the most enjoyable weekend for both your friends and family, especially if they have never tried a quesadilla or burrito before.