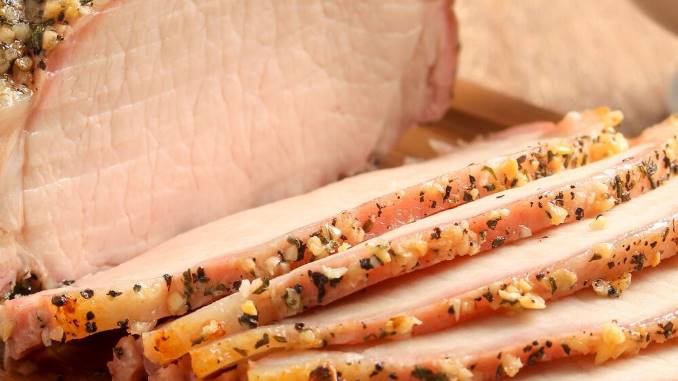 Those who have limited familiarity with pork often find it challenging to distinguish different parts of meat. They have no clue which cuts suit their tastes and which cooking methods are required to bring those pieces of meat to new heights of flavor.

If you run into the same problem, continue reading! In this informative article, we’ll help you distinguish pork loin vs pork chop and detail the most optimal cooking techniques. So, without further ado, let’s get straight into it!

What Is Pork Loin?

Thi refers to a tender piece of meat cut from both sides of a pig’s backbone. It is between a pig’s shoulder and legs, and it is above the belly. It also constitutes the most extensive section of a pig.

It usually comes in two forms: “boneless” (when the butcher removes the backbone of the rib cage), as opposed to “bone-in” (when the butcher doesn’t). However, the former is usually preferred over the latter. This is because the absence of bones allows chefs to slice it more easily after cooking and lessens the risks of burning it.

That said, some food enthusiasts gravitate toward bone-in cuts. According to them, the fat surrounding the bones often lends a deeper, more tantalizing flavor to their dishes.

As it is essentially a pig’s muscles, it is characterized by its thickness and wideness. Therefore, it is best to use this pig section to cater to an extended family and serve in a big feast. More specifically, half a pound of raw pork loin can feed a person. And because boneless loin roasts are typically 4 or 5 pounds in weight, they can accommodate up to 10 people.

But if you can’t eat it all in one sitting, its leftovers can still be used in a wide assortment of superb recipes, the most popular of which is pork sandwiches.

Like other parts of the pig, it is light-colored when uncooked but turns white or pale pink when cooked thoroughly. It also boasts a distinctively pleasant and mild flavor.

What Are Pork Chops?

As mentioned previously, pork loin runs from the shoulder to the hip, so this section is very large. For this reason, it is often cut into smaller, more manageable pieces, and each piece is called a pork chop, suitable for an individual serving.

Chops tend to be on the pricey side, but their supreme quality more than justifies the higher price tag. This is because chops are lean and minimally processed compared to other cuts of meat, primarily due to the way they are cut. They can be considered as the equivalent of gourmet beef steaks.

By now, you’ve been able to tell the difference between these two. In the next section, we’ll dive into cooking methods that lend themselves well to these appetizing pieces of meat.

How To Cook Pork Loin?

Pork loin can be seared in a saute pan until its outer layer is caramelized and a tad crunchy. The following step is to grill it. Remember to avoid direct exposure to heat so that the meat is not overcooked.

If you don’t have a grill at your disposal, opt for an oven and roast it at a low temperature. This allows the heat to be distributed evenly, from the exterior to the innermost parts of the loin.

How To Cook Pork Chops?

It depends on where your chops come from. Based on where they are cut, chops are classified into 4 main categories: shoulder chops, rib chops, loin chops, and sirloin chops. Due to their strikingly different texture and flavor, there is no one-size-fits-all approach to cooking them.

These dark-colored pieces of meat have a pretty high-fat content. Therefore, they should be braised in low cookers over extended periods. Exposure to heat for hours on end can effectively break down their connective tissues.

Start by soaking these chops in brine to tenderize them and retain their initial moisture. Then, proceed with fast cooking techniques such as broiling, grilling, or roasting, which are well-suited to lean meat. Such techniques can also enhance and bring out rib chops’ characteristically mild flavor.

Loin chops bear a remarkable resemblance to rib chops, especially regarding their low level of fat. For this reason, the same cooking methods can be applied to these lean cuts of meat.

These chops are composed of backbone, various muscle groups, and meat in the hip area, so they have a firm texture and can be very tough to eat. However, if cooked properly, they inject a divine flavor into your main courses.

It is highly recommended that you put these chops in stews or braises. The key is to heat them gradually so that the muscles can soften over time.

Pork tenderloin is a part of pork loin. It comes in the form of small and narrow strips of pork.

Contrary to popular belief, pork tenderloin is low in fat yet high in protein. Another huge plus point is that pork tenderloin is a fantastic source of vitamin B6. What’s more, it contains a vast array of nutrients, namely phosphorus, niacin, riboflavin, potassium, and zinc, all of which are essential for your body to function properly.

Can I Substitute Between These Two?

Despite their highly similar names, they’re worlds apart from the other. As a consequence, using them interchangeably can be a recipe for disaster.

Since chops are thicker and larger, they are only cooked through when exposed to high temperatures. Indeed, their wideness offers a great buffer against overcooking.

On the contrary, pork tenderloin is much thinner and more susceptible to burning. This requires you to cook this cut faster and only use low to medium heat.

Like other pieces of pork, it is meaty and savory. However, while most foodies agree that it is out of the world, it can turn rubbery if not handled appropriately.

In addition, this section of the pig is predominantly lean, but there’s a sizeable fat cap running along the top. This fat cap is critical as it keeps the whole meat moist and juicy when cooked properly. Without it, pork loin would become chewy and unappealing.

Is Pork Tenderloin Healthier Than Chicken?

Most laypeople assume that pork, regardless of which cuts they are using, is always more fattening, calorie-laden, and therefore, less healthy than chicken. They often ascribe pork’s adverse impacts on health to its excessive amount of fat.

Interestingly, pork tenderloin is rated as “extra lean” by nutritionists and health experts alike. Indeed, their nutritional profile is so impressive that they outshine skinless chicken breasts regarding health-enhancing benefits.