Nachos and tortilla chips may look similar to each other; hence, it is easy to confuse the two. However, some critical differences set the two dishes apart.

Knowing the differences between these two can help you make better menu choices in restaurants and avoid making embarrassing mistakes in front of others.

Hence, let’s discover the difference now and clear the confusion once and for all. Also, if you are looking for ways to make these dishes at home, this article will have your back. 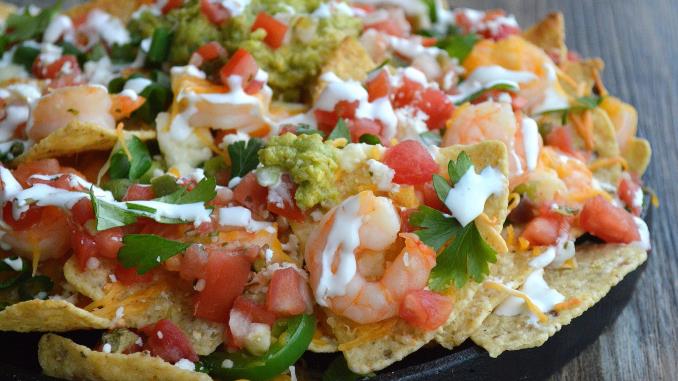 Nachos are a Mexican regional cuisine from the state of Michoacán in northern Mexico. Although it used to be served as a snack or appetizer, this dish now consists of cooked tortilla chips or totopos coated in melted cheese (or a cheese-based sauce).

Cheese, guacamole, salsa, sour cream, jalapenos, and lettuce are among the most popular toppings that can be added to nachos. Other ingredients can be added to more sophisticated versions of the meal, making nachos filling enough to be served as a main course.

A quartered and fried tostada with a layer of refried beans or various meats, a layer of shredded cheese or nacho cheese, and habanero spicy sauce is one popular variant of nachos.

Other popular varieties include barbecue nachos (in which the cheese is replaced with barbecue sauce) and poutine nachos (in which cheese curds and gravy substitute the cheddar cheese). Although these modern versions do not follow the traditional recipe, they are still considered nachos. 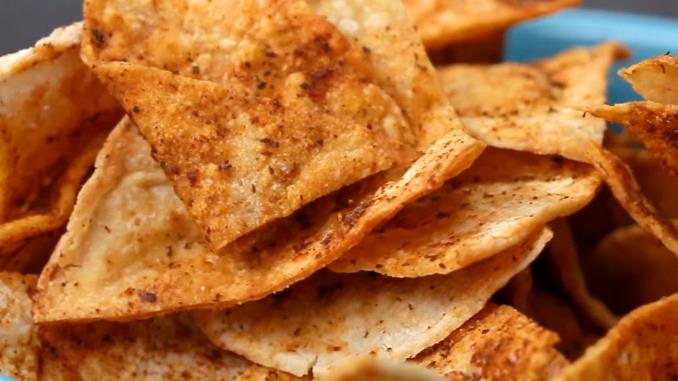 They are a type of snack prepared from maize tortillas that have been sliced into triangles and fried or baked (alternatively, they may be pressed out of corn masa then fried or baked).

The ones for dipping are usually mildly salted, but others may be seasoned with a range of spices. Accordingly, they can be dipped with other sauces or enjoyed as they are. They are usually served with salsa, chile con queso, or guacamole as a dip.

When the chips are not served with a dip, people season them with herbs and spices.

When it comes to nachos, Ignacio “El Nacho” Anaya devised the dish in 1940 when a guest asked him to create a new snack. This first version of nachos came with fried corn tortilla chips, melted cheese, and sliced jalapeno peppers.

Meanwhile, the chips arose from Mexican cuisine, where similar dishes such as totopos and tostadas were well-known and were first mass-produced commercially in Los Angeles in the late 1940s. Even though the chips are now available worldwide, the United States remains one of the most important markets for them.

Both dishes are tortilla-based. Yet, while nachos ask for yellow corn tortillas, tortillas for tortilla chips can be made of yellow, white, blue, or red corn. So, that’s a noticeable difference you should know about.

However, yellow corn tortillas are still the most common ones, and this type creates the color of these chips.

The corn tortillas of both dishes are produced using corn that has been nixtamalized and manufactured with vegetable oil, salt, and water.

Since tortilla chips are often served with a dipping sauce, and nachos can be easily garnished by only liquid cheese, the two dishes may seem quite similar sometimes. However, like the brief introduction of each dish above, they are different from each other.

The chips are tortillas being cut into smaller parts (with or without seasoning). Meanwhile, nachos are triangle-shaped tortillas being fried and then topped with meat, beans, cheese, cream, diced chilies or hot sauce, and occasionally lettuce and tomato before being served as finger food.

How to Make Them?

Your homemade dish may be fried, baked, or air-fried to perfection. In only 15 minutes, you can have fresh, warm crispy chips with guacamole or your favorite salsa using only a few ingredients.

Buying and consuming a bag of nacho chips at the supermarket is easy. But have you ever thought about making the tastiest homemade nachos yourself?

Nachos are a versatile and quick-to-prepare snack. You can add anything from protein, carbs, veggies, and additional cheese to homemade nachos to make sure they contain the necessary nutrients. They can also be customized to fit the needs of a single diner or a group snack.

If this piques your interest, follow our step-by-step instructions for making nachos at home, and you will never go back to store-bought nachos again.

How are nachos and tortilla chips served?

Which one is more popular?

Which one is healthier?

Tortilla chips are healthier than nachos. They are made from corn tortillas, which are whole grain food. Nachos are typically made with cheese, ground beef, and refried beans, all of which are high in saturated fat and sodium.

What do people usually put on them?

Is it expensive to buy tortilla chips or nacho chips?

Where can I find good tortilla chips or nacho chips near me?

Tortilla chips and nacho chips can be found at most grocery stores. If you are looking for a specific brand of tortilla chips or nacho chips, you can search for them online.

Now you knew the difference.

It is no exaggeration to say that nachos are the upgraded version of tortilla chips. Remember, what makes nachos different is the complicated process of assembling other toppings like cheese, meat, and veggies.

In other words, without the additional topping, tortilla chips stay what they are – a standalone snack. Yet, this very process of adding the toppings transforms tortilla chips into nachos.