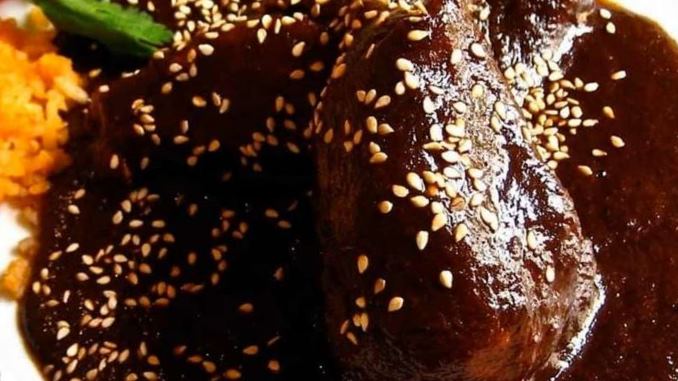 Mole poblano and mole negro are famous Mexican mole varieties that may be found all over the United States. They earn themselves a reputation for a rich and delicious flavor that makes many people falling in love when tasting the first time.

However, due to the similarities, those not familiar with Medixin cuisine usually get confused with each other. They even have no idea when asked selecting between these two.

This article will make a comparison between two moles to simplify your problems when making a call. If you have a similar concern, continue reading this article to get your mind across.

It is not without reason that both these two sauces are commonly known and loved in the U.S. People are impressed with them by the flavor they create. Also, they have pretty similar ingredients.

Both sauces comprise velvety smooth alchemy of dark, bitter chocolate; earthy, spicy chilis; sesame seeds; nuts such as walnuts, almonds, and peanuts; and other spices such as garlic, onion, thyme, clove, cinnamon, cumin, black pepper, and oregano. Perhaps due to this similarity, many people confuse them for each other.

Although the base ingredients to make two sauces are pretty similar, the real difference comes down to just how much chocolate the recipe uses. Whereas mole negro contains a generous helping of the confection, mole poblano requires less chocolate. However, instead of using more chocolate, poblano moles use more raisins for sweetness.

Although both use chocolate, chilis, nuts, seeds, and spices, their flavors are a bit different. It is proved that the former poblano is less intensely flavored.

Mole poblano‘s flavor has been described as “subtle, spicy, slightly sweet,” and naturally contains a rustic red hue. This is not an especially spicy one, and it has a rich, deep flavor and color. It has a flavor that almost everyone can agree upon.

On the contrary, mole negro has a sweet and savory flavor, which can’t be described as “subtle” in flavor. It may contain 36 ingredients and usually features a pig, turkey, or chicken head. You absolutely cannot forget about the dark chocolate when you taste a negro mole.

It will take you more time to cook mole negro. You’ll have to grind and stew the following together: onions, garlic, whole spices like cinnamon, cloves, black pepper, cumin, dried chilies, pumpkin and sesame seeds, herbs like Hoja Santo and cilantro, bread for thickening, and some dried fruit for extra sweetness.

The steps to make this dish are often involved and time-consuming, meaning it can’t be done quickly or mindlessly. Sometimes it will take you a day to complete mole negro.

Meanwhile, a mole poblano is more likely to be served at a special event because it is slightly less time-consuming. When the sauce is finished, browned chicken, pig, or beef is added and cooked until soft.

What Is The Origin Of Mole Poblano?

There is little debate when it comes to the origin of this. However, many people say that the poblana comes from Puebla. Legend has it that a group of nuns in the Convent of Santa Rosa were about to serve an archbishop but were short on supplies and unsure what to feed him when he arrived.

So they threw everything they had into a pot to make a sauce and slaughtered the wild turkey that ran around in their yard to serve with the sauce they had created. The archbishop loved it, and when he asked what the sauce was, the nuns said “mole,” meaning a blend of many things.

Are There Different Kinds Of The Sauce?

There are seven primary types of moles in Mexican cuisine, even though there are many distinct variations on mole recipes. They are Poblano, Negro, Manchamantel, Amarillo, Verde, and Chichilo. Each variety has its flavor that will make you remember forever at the first taste.

No, the answer is against it. Although mole may be a caloric sauce, it is packed with good-for-you qualities. The Institute of Medicine has reported that mole sauce is an excellent source of Vitamin B, riboflavin, phosphorus, iron, magnesium, calcium, zinc, and niacin.

Moreover, the base ingredient, chocolate, is rich in flavonoids, which help protect your cells and organs from free radicals and provide you with an energy boost.