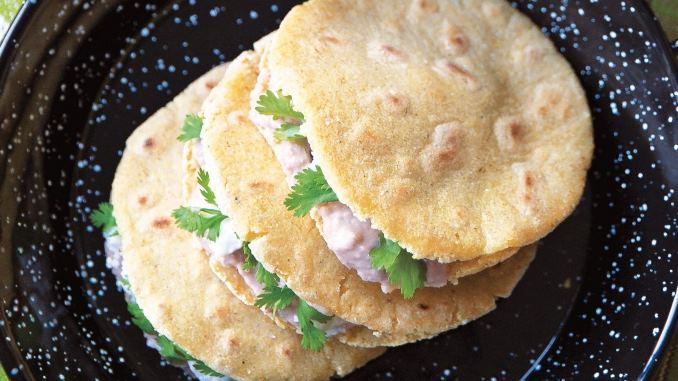 If you are a fan of Mexican cuisine, you are probably very familiar with the dishes gordita and quesadilla. Their popularity transcends age, gender, and nationality. So, it is not a surprise that they often feature Youtube videos and Buzzfeed articles, among other social channels.

However, it is not always easy to tell them apart – unless you have the two side by side and read along with this detailed article on gordita vs quesadilla.

We will take you through everything you need to know, including the similarities, differences, and FAQs of the two Mexican dishes. Are you ready to join us in this tasty endeavor? Go on!

Both these two dishes use tortillas, and more specifically, corn tortillas. Even though wheat tortilla is sometimes substituted because of availability and personal preference, corn tortilla is the traditional ingredient. In either dish, the tortilla acts like a shell for fillings to be stored inside.

The gordita and quesadilla are both cooked on a comal. This is a griddle that is round and flat, featuring a smooth surface for cooking and a shallow edge. It is usually made of clay. But today, there are also comals with a non-stick, heavy cast iron, or carbon steel build.

Both dishes have a fried variant, where they are submerged into boiling oil and taken out when they are crispy and golden. These fried variants are often enjoyed as comfort food or snacks.

Salsa is shared between the two recipes. This added “sauce” plays a key role in delivering the Mexican taste for both dishes. However, salsa is poured into the slit along with the fillings of a gordita while it is served on the side or as a topping of a quesadilla.

The most noticeable difference between a gordita and a quesadilla is the main ingredient. Although both include a lot of cheese, only the latter’s core is primarily cheese. The former focuses more on its filling consisting of meat and beans.

If you cut them both open when placed side by side, you will see this clearly.

Given the emphasis on cheese, a quesadilla is more particular about the type of cheese that is used. Traditionally, a specific stringy Mexican cheese called Oaxaca cheese is stuffed in the tortilla and melted completely on a comal.

The cheese is made before that using the pasta filata method, which is also commonly referred to as the stretched and curd method. In Italian cuisine, this way of making cheese is also known as a spun paste.

This type of cheese is semi-soft, often in thin bands that melt beautifully. Thus, the cooking process does not need help from any added oil.

If you are a cheese-lover and want something more of cheese and less of everything else, you will prefer the quesadilla over gordita. On the flip side, the meat and beans from the latter will be more fulfilling if you want a good amount of protein while also enjoying a bit of cheese.

As mentioned, there are two main versions of the gordita: deep-fried and baked. The deep-fried version looks like an oblong disc with a golden outer layer. When transferred into a dish, it puffs upward like a small hill.

There is also a small slit on the side, which has a technical purpose rather than aesthetics. The cut releases trapped vapor and heat, which drains away along with excess oil. Sometimes, salsa and lime juice is poured inside the slit as well.

On the other hand, the baked gordita is a flat circle that eventually looks like a sandwich. It is also filled and slit to complete. This version is generally smaller and less puffy.

However, size varies by region. In central Mexico, gorditas are around the size of a child’s fist and are bulkier, whereas they are larger and flatter in northern Mexico.

The quesadilla also starts from a flat circle, but it is often folded in half to look like the shape of a moon. Sometimes, quesadillas can be served full with just a layer of cheese between two tortillas. But they will be sliced into triangular pieces, just like pizza. Compared to gorditas, quesadillas are often flatter and less chunky.

Why Is It Called a Gordita?

In Spanish, gordita means chubby or small fattie. This refers to the smaller but thicker corn tortilla that is used to make the dish. Interestingly, gordita is also a term of endearment in Mexican culture. It is used between couples as well as family members.

What Does Quesadilla Stand For?

Queso in quesadilla is cheese in Spanish, and dilla is believed to be slang for dude. Therefore, it is safe to assume that quesadilla translates directly into cheese dude. Some people also say that the name means little cheese thing.