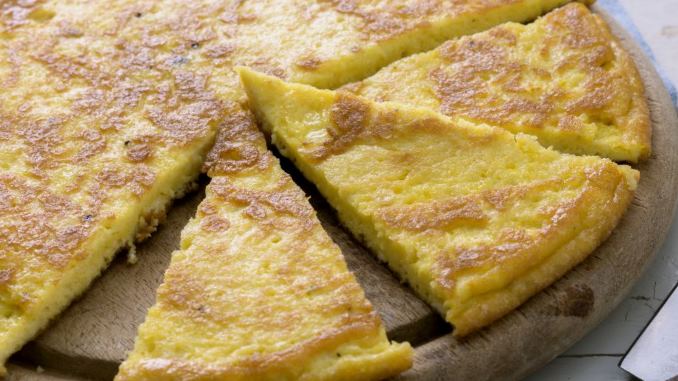 When it comes to preparing breakfast, people have many options to go for, especially with eggs. Most egg-based dishes are pretty simple, versatile, and quick to cook. Frittata and tortilla are two of those bountiful and limitless recipes. However, their similar appearances might make people challenged to distinguish.

So, flip through this article to discover all differences between frittata vs tortilla.

Both frittatas and tortillas are open-faced omelets. Thus, they use eggs as the main ingredients in every version. Furthermore, these two dishes are also filled with many kinds of veggies, depending on your favorites. That is an excellent way to clear your fridge for a fancy dish.

Eggs make the dishes brown yellow when thoroughly cooked with many fillings on their surfaces. As a result, their appearance is pretty similar, making people confused.

Whereas some food is best when served hot, frittata and tortilla are better at room temperature. In detail, these two should be prepared in advance, anywhere from 15 minutes to a few hours. Thus, this common thing between these two dishes is an ideal advantage for brunches or bigger groups.

Frittata is a popular dish from Italy. It’s an egg-bake recipe with tasty veggies, herbs, and a little cheese. However, you can make it your version by adding additional ingredients you love.

In this article, the mentioned tortilla is a signature of Spanish cuisine. So, of course, it has nothing in common with the Mexican version, except its name and its round shape. The latter is bread, while the Spanish one is an omelet prepared as an appetizer, snack, or even a small dinner.

While both require eggs in their recipe, the frittata also needs cheese, sausage, peppers, garlic, onions, nutmeg, salt, and pepper. Furthermore, dairy, such as milk or cream, is also a vital component. Adding dairy helps the texture become creamy and fluffy. Or else, it will be flatter and denser without this key ingredient.

Meanwhile, the Spanish tortilla doesn’t contain any dairy. Indeed, it is a potato and egg open-faced omelet in the traditional recipe that gets much of its flavor from olive oil. Furthermore, using potatoes makes its flavor unique and more greasy.

However, in force majeure circumstances, onions or scallions and cooked greens like chard can be used in place of the potato in part or altogether. In short, tortillas require fewer ingredients, but the ratios are marginally higher.

The most significant distinction between the two is how they are prepared. Whereas the tortilla is cooked on the stovetop, the frittata is made in the oven. That makes its upper layer crisper than the other.

People often find it challenging to flip over the tortilla without breaking it. In contrast, frittata doesn’t need this step. Thus, although a frittata requires more cooking steps, it takes a shorter time to prepare with more straightforward techniques.

How Do You Flip A Tortilla?

If you worry about the turn-over skill while cooking tortillas, these steps might give the success rate up to 99%:

What Is The Best Pan To Make A Frittata?

Cast iron skillets are ideal for cooking frittatas since they can safely travel from burner to oven and distribute heat effectively and evenly. In addition, seasoning a cast-iron pan makes it nonstick. Thus a well-seasoned skillet will result in the simplest slicing and dicing.

How Do You Not Burn A Frittata?

The most common mistake leading to burning frittata is misunderstanding the stovetop process. If you spend too much time on the stovetop or use too high heat, your dish will quickly get overly colored or burn on the bottom.

As a result, when cooking it on the stovetop, keep the heat at medium-low to low until the edges have set, which should only take a few minutes.