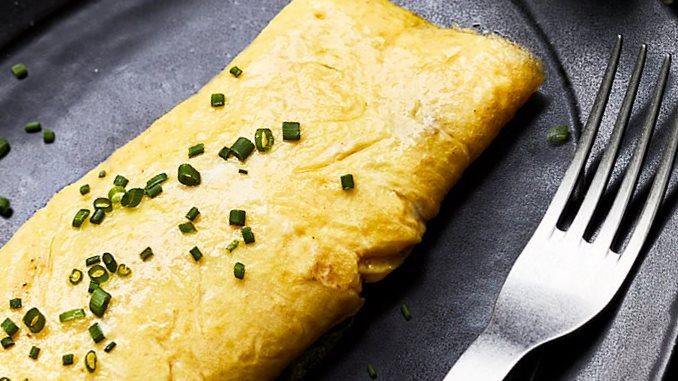 Omelet may be more popular with many people as their favorite choice for breakfast or light meals. However, we may see another egg dish named frittata on the menu in some formal restaurants, similar to an omelet.

If you want a comparison of Frittata and Omelet, read this article for more details.

As mentioned, an omelet is a popular egg dish for breakfast and light meals. It is made by frying eggs and adding additional ingredients such as cheese, vegetables, and spices like pepper.

Frittata is considered the Italian omelet. The word ‘frittata’ originates from an Italian word called ‘friggere,’ which means ‘fry.’ This is to say, the main ingredient for this dish is fried eggs but cooked differently from an omelet.

The only similarity between these egg dishes is their material. In general, both are made from eggs and other ingredients such as cheese, vegetables, herbs, other kinds of meat, and seasonings. Moreover, some chiefs add milk or cream to both these dishes to enhance the polished look or fatty flavor.

We generally make the same preparations with the materials for both dishes: stirring the eggs well and sliding the additional ingredients into small pieces. However, we only need a gas stove to cook an omelette but an additional baking oven for a frittata because its main cooking process requires an oven.

To make a frittata, you need a pan to complete the pre-cooking steps before baking. First, drop some oil into the pan and stir the other ingredients briefly. If you include other kinds of meat, fry it first and separate it from the others. Next, mix them in the pan, then pour the stirred eggs liquid into the pan.

Scatter the ingredients evenly on the surface, and finally, put the whole pan into the baking oven. The ideal temperature for a frittata is 180oC or 350oF, and you need to bake it in 15 minutes.

In the pre-cooking step, remember to turn down the fire once you pour the egg into the pan if you don’t want to burn the underneath.

If you want different recipes for your frittata, browse through here.

The primary cooking step is on the gas stove, so keep the fire at an average level. During this step, gather the ingredients to the center of the surface instead of scattering them evenly. After that, fold it by half and wait until it is well done before taking it out.

After baking, a frittata looks like a pizza with a yellow theme and other ingredients scattered around the surface but a smaller size. Moreover, it has the same thickness or is even thicker than a frequent pizza.

On the other hand, a cooked omelette often has a half-moon shape because it is folded during cooking. In addition, the cooking time of an omelet is shorter (often 1 to 2 minutes), so it is much thinner.

A frittata is often thick and big, so many can enjoy one. It can be eaten hot or at room temperature, and you may cut it into small pies like a pizza to enjoy.

An omelette is often made for one person only, so it takes more time to cook for more customers or a whole family. You can eat it alone or with bread (better to enjoy while it’s still hot).

Which Kind Of Pan Is Suitable For Cooking Frittatas?

Since we need to bake the frittata in a microwave oven for at least 15 minutes, the pan containing it must be non-sticky, so there will be no problem when we take it out without a burn mark on its underneath.

The best choice for cooking a frittata is a cast-iron skillet when it comes to the pan material. This pan scatters well and evenly the heat throughout its body, making the frittata baked evenly, which means there are no uncooked or overcooked fragments if you set the suitable baking time.

How Many Eggs Are Often In Omelets?

You often make an omelet for one person, so the number of eggs depends on the diner. However, many chefs often put two eggs in a single omelet and four for two people.

If you want to prepare for more diners, you should make more omelettes and never use over five eggs for a dish because it will affect the quality.

Are There Any Differences Between The French And The American Omelet?

There is no difference in the materials but the cooking methods. The French omelet requires additional techniques when pouring the egg mixture into the pan.

Once you do that and turn on the stove, you need to shake the pan vigorously and use a fork underneath to stir around the center. Do it in about 1 minute until the result is well done or nearly, then fold or roll it before displaying it to a plate.

If you want to make a perfect French omelet, please refer to this article.

On the other hand, American omelette requires no additional manipulations after pouring the egg mixture into the skillet. Just wait until it turns golden-brown, then fold it by half and take it out.