Here are the top 5 best substitutes for Emmental cheese that you can try:

For more information about how you can actually substitute these, keep reading.

It is somewhat connected to our featured ingredient because Hann Nielsen, the Danish man who developed this, mastered the best techniques by traveling all over Europe in the 1800s.

Havarti is his version of the distinctive Swiss wonder except that it has smaller holes.

The large craters were considered an imperfection that had to be removed or, at the very least, improved.

Because it tastes nearly the same and melts quite well too, this can be subbed in fondues and charcuterie spreads. The substitution ratio is 1:1. 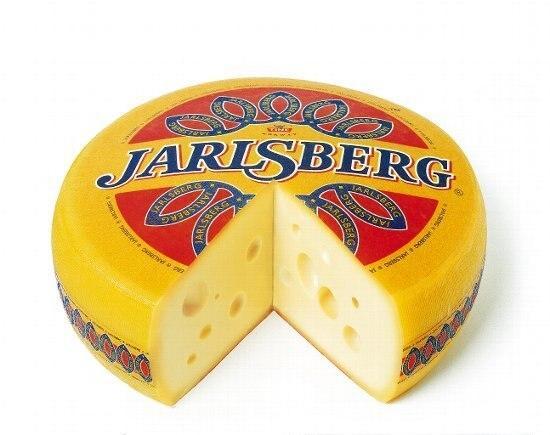 Many refer to this Norwegian creation as Baby Swiss cheese because it is almost made in the likeness of Emmental.

This semi-firm cheese has a buttery texture, mild flavor with sweet undertones, great melt-ability, and even has distinctive holes!

Aside from the fact that it is made in Norway, the only other difference is that it has a darker, sunnier yellow.

Substitution Details:
For fondues or baking, the ratio for replacing one for the other is 1:1. This is also a great sub for sandwiches, salads, and cheese platters.

Another well-liked cheese from Switzerland, the sharp tang of Gruyere is the perfect accompaniment of Emmental’s buttery creaminess in fondues.

Because the milk is not heated before curdling, it retains the savory deliciousness which is altered but gets a whole lot better, during aging.

The ratio for using young Gruyere instead of our featured food is 1:1. Although more mature Gruyere tends to be harder, it will still melt beautifully. However, it will have a sharper, tangier taste so you could lessen the amount to ¾ cup, especially with baked goods. 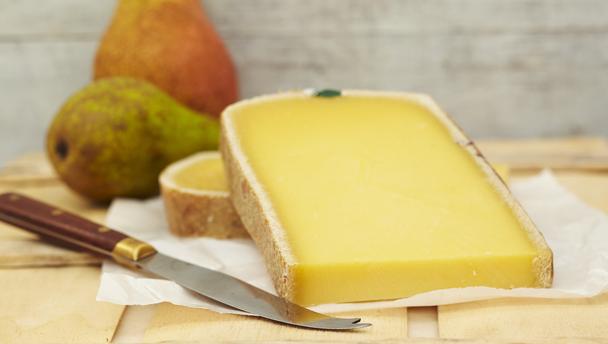 Hailing from the beautiful Massif du Jura in France, this artisanal creation is a sensation to your tastebuds – dense, savory, caramel-like, and buttery.

Two types of Comte are produced, depending on the season and the food the cows get to eat: a beautiful yellow, fruity one from the summer and a pale yellow, milder one from the winter.

Substitution Details:
You could swap a cup of Emmental with a cup of Comte in fondues because they have the same melt-ability. You could do the same if you’re serving charcuterie because they’re both semi-hard.

Originally from a town of the same name in Somerset, England, Cheddar is one of the most popular cheeses as it is now produced all over the world.

With dozens of variants, except that the flavor, color, firmness, and other important qualities differ from one type to another.

The good replacement for Emmental is the original one from Somerset, with a PDO of West Country Farmhouse Cheddar.

Substitution Details:
For every cup in the recipe, use ¾ cup of Cheddar because this is a whole lot sharper, saltier, and smokier. If you get the aged one, that which has an almost orange tint, lessen to half a cup.

If you’re not planning to go out any time soon and are relying on what you’ve got in your fridge, the following might just work.

The measurement provided is for a cup of Emmental required in the recipe.

• Gouda
Use ¾ cup particularly for baked bread, dishes, or in charcuterie boards

• Mozzarella
Use 1 cup for fondues, pizzas, and even for salads, especially if you have the fresh variety.

• Brie
Use 1 cup especially for fondues or as a pizza topping.

• American-style Cheddar
Because this is one of the most common cheeses and often available in most homes, it can pass as an Emmental substitute. Use ¾ cup as a replacement for cooking, baking, and dips.

Are You Vegan? Allergic? Lactose-Intolerant?

You won’t have to worry about not enjoying a particular dish anymore because you can’t have cheese.

Vegan variants are available in the market these days.

Violife, made with starch, coconut oil, and salt, is a brand that can be used particularly for cooking because of its flavor, texture, and melt-ability.

Vegan Cheddar is another vegan option often served in charcuterie platters. This can even be made from scratch at home using nuts like cashew and agar-agar.

A Short Account of the Very Long History of Emmental

There are numerous Swiss cheeses – as in those made in Switzerland – like Gruyere, Fontina, Alter Schweizer, and Tete de Moine.

As aforementioned, the most popular is Emmentaler (alternative names: Emmental, Emmenthaler) which hails from a town called Emmental in Switzerland.

The first mention of this was in 1293, making this one of the oldest in the world.

It was traditionally made by gently heating unpasteurized cow’s milk in giant copper kettles with rennet then molded into humongous wheels and brined heavily.

Each wheel, measuring about 36 inches in diameter and 6 inches in thickness, weighs as much as 200 pounds.

The walnut-sized holes are due to gases (Carbon dioxide, mainly) released by the bacterial cultures added into the mix, forming air pockets and continuing to grow during the aging process.

There are three types, based on the length of fermentation:

The name ‘Emmentaler Switzerland’ was awarded the PDO or Protected Designation of Origin, a certification that protects the origin, tradition, and most especially the quality of this cheese.

You may find other variants from Germany (Allgauer), France (de Savole and Francais Est-Central) and even in the United States but, as PDO guidelines strictly note, these are specifically stamped on the rind so you know exactly what you’re getting.

This semi-hard cheese is savory, not that salty, and altogether mild so it meshes well with various recipes.

But what gourmands love about this is its meltiness.

Sure, you can throw a thin slice with ham in a sandwich and have that for lunch but pop the whole thing in a griddle for a couple of minutes and it’s a gooey indulgence.

• Many grilled cheese sandwiches include our featured ingredients. Some add two or three other sharp-tasing variants with more complex flavors like Pecorino and Gorgonzola.

• Fondue with this particular Swiss variant will go well with many different foods like fruits, pretzels, and smoked meat.

• Vegetable Gratin will be richer and creamier with a sprinkle of grated Emmental, instead of the milkier flavor of Mozzarella or the salty Colby Jack.

• Spinach and artichoke dip will be better with this Swiss wonder since the flavors of the vegetables will be highlighted more.

• When it comes to wine, its best pairing is Chardonnay. But this will also be perfect with whites like Riesling and Sauvignon Blanc, reds like Pinot Noir and Lambrusco, fruity wines like Chianti and Zinfandel, and fizzy ones like Prosecco and Cava.

But there are times when you open your fridge and do not have this (and no judgment – it is so good, it’s understandable if you keep plopping it in between bread), or maybe your local grocery or deli just doesn’t have it when you visited.

Don’t panic, there are several possible substitutes for this.

Here are some listed under three categories: those which taste and feel nearly the same, passable replacements, and those for people who can’t have cheese.

You Can Still Enjoy Emmental-Based Dishes Even Without It!

This Swiss cheese is not that hard to find, to be honest.

All delis will surely have this and most groceries might have a brand or two on their shelves.

But just in case it is impossible to get one at the moment of need, any of those mentioned in the list will serve as a fitting substitute.

The fortunate thing is, at the end of the day, you can still have cheese in your meal even if you don’t have Emmental or can’t have it.

And that means feeling truly satisfied – both your body and soul – after a cheese-laden dish.