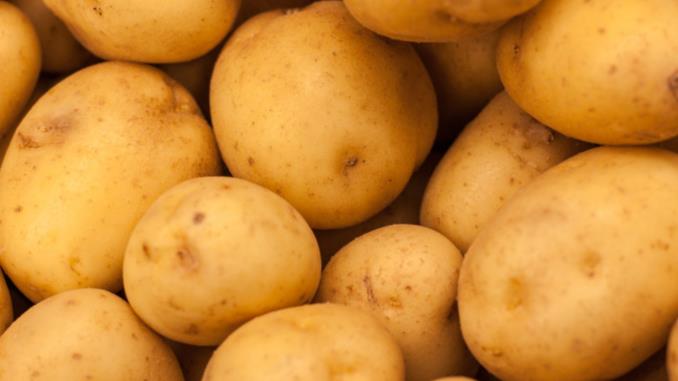 The potato is one of the most popular types of food in the world due to its overall versatility. That means that you can cook a potato in a lot of different ways and it is almost guaranteed that it will taste good. However, regardless of how you cook your potatoes, there are times when you might end up leaving them undercooked. In that regard, is it okay for you to eat undercooked potatoes?

You can still eat undercooked potatoes but it is not recommended that you do so. That’s because they don’t really taste well and come with a starchy texture that doesn’t feel good in your mouth. There is also a chance of having digestive problems by eating them.

Undercooked potatoes are not inherently dangerous and are still pretty much edible. But the problem is that they won’t give you the best kind of experience when you do attempt to eat them. This is why you shouldn’t eat them even if you can actually eat them without experiencing major problems. Just make sure that you cook your taters properly to get the best out of them.

Related: Other nutrient vegetables for your recipes

When it comes to different types of food, there aren’t plenty of them that are as versatile as the potato. That’s because the potato is pretty much one of the most versatile types of food out there because you can basically turn it into anything and you are guaranteed that it will taste good. You can cut them up into finger-thin pieces and turn them into fries or you can simply boil an entire potato and mash it or eat it as it is. There are also a lot of different ways for you to enjoy them, and the list is too long.

But, regardless of how you cook your potatoes, there is still a chance that you may end up leaving them undercooked especially if you timed the cooking time wrongly or if you are still a beginner. In that regard, can you eat undercooked potatoes? Are they even edible?

To some extent, yes, you can. But just because you can eat them doesn’t mean that you should actually eat them. That’s because there are plenty of different things that you should know about undercooked potatoes and why you shouldn’t eat them.

They may still be toxic

Raw potatoes contain a kind of toxic compound that is called solanine. When eaten raw, potatoes still have a good amount of solanine, which can actually harm the body when ingested in large amounts.

In that regard, undercooked potatoes are not raw potatoes, in a sense, because they have undergone the cooking process but are just a tad short of being completely cooked. In that sense, they are still edible and are not completely toxic.

However, there is still a chance that a small amount of solanine is left in an undercooked potato especially if it is closer to being raw than it is to being cooked. That means that you might end up harming your body if you attempt to eat an undercooked potato. The chances might be slim but it still is better to be safe than sorry.

The taste is simply bad

Simply put, raw and undercooked potatoes taste bad. They don’t come near the amazing flavors that a cooked potato comes with. As such, you will almost never have a good experience eating a raw potato due to how it comes with a flavor that is overly starchy and chalky due to the uncooked starched and a taste that can be on the bitter side.

The process of cooking, meanwhile, minimizes the starches that potatoes have. That means that you will be left with a mellow bitter taste that is actually a bit sweet yet quite savory. This is why cooked potatoes are so versatile as they pair well with any kind of food.

The texture is even worse

On top of how undercooked potatoes have a flavor that is really bad, the texture just makes the entire experience worse. They just have a weird texture that is chalky and too starchy due to the uncooked starch.

As such, when you bite into an undercooked potato, you will have a weird mouthfeel due to the equally weird texture that the potato has. Paired with its bad flavor, the entire experience is just something that you want to forget.

You may end up with digestive problems

Finally, eating an undercooked potato can leave you with digestive problems that will probably leave you with an uncomfortable feeling throughout an entire day. This is not because these potatoes are toxic but only because they are still very rich in starch and carbs.

Even though carbs are important to a regular diet, the problem here is that the starch that undercooked potatoes come with is raw and very difficult for the human digestive system to break down. As such, when undercooked, a raw potato will come with starches that are indigestible and come with close to zero nutritional value. It is only when cooked that the starches in potatoes become easily digestible and nutritious.

Undercooked potatoes won’t necessarily harm the digestive system but they can end up causing problems in the long run if it becomes a habit for you to eat undercooked potatoes. On top of that, a day of eating them can actually leave you bloated, gassy, or constipated. It simply is an uncomfortable feeling.

How to tell if your potatoes are good to go

Now that you know why you shouldn’t eat undercooked potatoes despite the fact that they are still edible and not completely dangerous, how would you even know if your potatoes are already cooked and good to go?

The best way to know if your potatoes are good to go is to try to pierce them with a fork. The fork should just glide through the insides of a potato smoothly because of how the starches inside the potato have already softened enough after the cooking process.

If the fork struggles to pass through the potato, you still need to leave the potato inside the pot for a long time or you can actually put it in the microwave for a few minutes. Remember that the potato’s softness is the major key when it comes to knowing whether or not it is already cooked and good to go.