Those who don’t understand baking and the ingredients that go into what they are eating for dessert don’t really understand how important it is to distinguish between different types of frostings.

That said, if you are baking a cake, there is usually a dilemma as to which one between buttercream and cream cheese is the best type of frosting to use. So, which between the two is better?

Buttercream is rich, creamy, and light, and is easier to use as a frosting for cakes. Meanwhile, cream cheese is rich, tangy, and heavy, and is better off used as a filling due to how heavy it is. However, depending on how you use them, both buttercream and cream cheese can be great frostings.

Buttercream and cream cheese frostings both have their ups and downs when it comes to using them on cakes. That’s because, while they may be similar in appearance, they have different properties that may or may not complement the cake that you are baking.

As such, it is important for us to know more about each type before deciding which of the two to use on our cakes.

What is this type of cream frosting?

Cream cheese is also an excellent choice if you want to have a richer frosting on your cake. That’s because it is made of blocks of cream cheese that were mixed and creamed together with powdered sugar and perhaps most other kinds of ingredients such as butter, cream, and vanilla.

To that end, it comes with a creamy texture that is similar to buttercream but can be a bit grainier considering that cream cheese has a thicker and heavier consistency compared to butter.

But while cream cheese looks and feels oddly similar to buttercream, their flavors tend to be quite different. That’s because it comes with a flavor that is very rich and tangy to the point that it will immediately become the star of any cake. It pairs well with most other flavors but it tends to stand out due to how rich and thick its flavor is.

On top of that, it doesn’t come with a neutral flavor. It can also be quite heavy in terms of its consistency and will struggle to hold its shape. That means that it doesn’t do well with just about any kind of cake as its flavor might end up standing out and overshadowing the cake itself. This is why cream cheese frosting, while delicious and very rich, isn’t the best for general use. 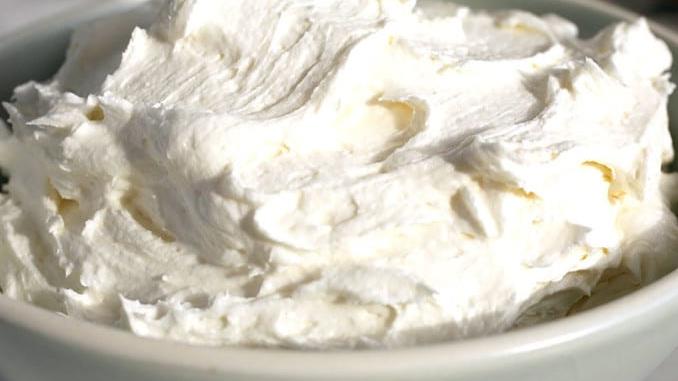 What is buttercream frosting?

When you want to make the buttercream, you have to cream room-temperature butter and mix it together with powdered sugar. However, you can also mix your recipe up with certain other ingredients that will allow you to have a fuller, richer, or sweeter buttercream frosting. Ingredients such as vanilla extract, heavy cream, and meringue will also mix in well with buttercream.

Buttercream frosting is supposed to come with a fluffy texture that is cream in terms of its consistency. Because it comes with the properties of butter and powdered sugar, it will really freeze well and will easily hold its shape. The problem is when it is exposed to heat as the butter in the frosting will melt, and that’s why it is best to keep a cake with buttercream frosting refrigerated at all times.

One of the most important properties of buttercream is its texture. This frosting should come with a flavor that comes with a great mouthfeel and does not actually obstruct the taste of the entire cake. In fact, buttercream should be able to bring out the flavor of the cake so that you will be left wanting more.

Buttercream is a more popular choice

In that regard, buttercream is usually the most favored type of frosting because it tastes well and comes with a very smooth consistency that goes well with any kind of dessert. That’s why it is best to use buttercream as a default for your cakes as it nicely rounds out the flavor of any kind of cake you are baking.

Which one is more popular – buttercream or cream cheese frosting?

It’s a close tie, with both types being used on an equal number of cakes. There are benefits to each type of frosting – buttercream is rich and creamy, while cream cheese frosting is tangy and slightly sweet.

Can you pipe buttercream frosting?

Buttercream frosting is easily piped, making it a popular choice for decorating cakes. It can be made in a variety of flavors and is often used to create beautiful designs.

Can you pipe cream cheese frosting?

Cream cheese frosting is a bit more difficult to pipe than buttercream, but it’s still possible. It’s best to use a star-shaped nozzle for the best results.

What are the benefits of using buttercream frosting?

Buttercream frosting is rich and creamy, which makes it a popular choice for cakes. It also has a long shelf life, so it can be made in advance.

What are the benefits of using cream cheese frosting?

Cream cheese frosting is tangy and slightly sweet, which makes it a popular choice for cakes. It also has a long shelf life, so it can be made in advance.

Personally, I choose cream cheese frosting over buttercream, but that’s just my preference. They both taste great, so it really comes down to what you prefer.

In the end, it’s up to you which type of frosting you want to use on your cake. Both buttercream and cream cheese frosting are delicious and have their own unique benefits.

Two Types of Cream – Is Buttercream Better For Icing Your Recipe?

Now that you know that there are stark differences between buttercream and cream cheese when it comes to cake frosting, you have to now know which between the two you should be using depending on the cake you are baking.

As mentioned, buttercream is neutral and very smooth and creamy. This makes it the best kind of frosting to use on any cake as it carries a natural creaminess and sweetness that blends well with just about any kind of dessert out there. Its neutral flavor also goes well with cakes with flavors that you don’t want to get overpowered by the frosting. And because buttercream holds its shape really well, it is easier to use for decorating your cake.

On the other hand, cream cheese tends to be the pickier of the two because it won’t do well with just about any kind of cake despite its delicious and rich flavor. Cream cheese frosting is best used on chocolate and spice cakes such as red velvet and carrot cake because it does well with the bitterness and the spices that come with these cakes.

It won’t do well when it comes to decorating your cake because it tends to be on the heavy side but, if you only want to wrap the cake around with cream cheese frosting, it should do well as long as the frosting isn’t too heavy.