Mexico is renowned for its diverse cuisine and eclectic food scenes.

Among its most popular delicacies are burritos and soft tacos. However, these two quintessential dishes bear a close resemblance to each other, to the point that foreigners often mistake one for another.

If you are one of these people, then keep on reading! You will soon see the differences between a burrito and a soft taco.

Burritos and soft tacos alike have the same essential components. Both use tortillas as the main ingredient, which folds around their contents, including meat and vegetables.

Both burritos and soft tacos can be traced back to Mexico, which accounts for their similar taste. The meat used in both dishes is seasoned with Mexican spices such as paprika, garlic, and cumin powder, all of which impart a robust Mexican flavor.

Most recipes on the Internet just serve as culinary inspirations, and you don’t necessarily have to adhere to them. Feel free to use any type of protein you like, be it chicken, beef, pork, or lamb.

Likewise, you can combine any kind of veggies you have at your disposal, such as tomatoes, avocados, or mushrooms. What to use is entirely left to your own discretion. 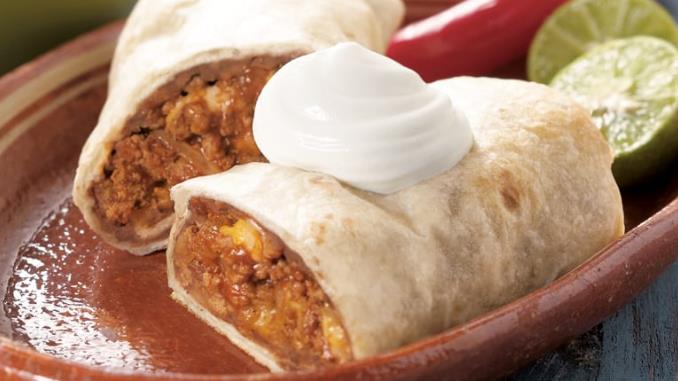 Taco means “light snack” in Mexico, which is quite self-explanatory.

In the 18th century, Mexican wives wanted to prepare light but protein-packed snacks for their husbands who worked on farms from dusk to dawn. This prompted them to create soft tacos by wrapping corn tortillas around grilled or fried meat and veggies.

Meanwhile, created in the 19th century, burritos are of more recent origin with a fascinating tale behind their development.

A street vendor wanted to sell main dishes consisting of meat and vegetables without the nuisance of providing plates. He, therefore, came up with an original idea, which was wrapping fillings in an oversized tortilla in a cylindrical shape. This helps burritos stand on their own without plates.

Burrito is the Mexican equivalent to the word “little donkey” in Spanish. This refers to the fact that burritos often encompass many ingredients, just like how donkeys carry a large number of goods.

Authentic Mexican tacos were wrapped in corn tortillas. However, more recent variations make use of flour-based wrappers, with wheat tortillas being the most popular.

On the other hand, flour tortillas are a must when making burritos. Due to their firm texture, such tortillas reliably hold a large amount of burritos’ filling.

Additionally, burrito recipes often call for flavored tortillas, which can be made from all sorts of vegetables under the sun. Such delectable tortillas increase burritos’ appeal and bring a flavourful twist to this traditional dish. The most striking difference between these two Mexican delicacies can be seen in size. Soft tacos are so small that they easily fit in an adult’s palm. Due to their sizes, tacos are considered snacks rather than main dishes. In restaurants where this dish is served as entrees, a serving typically contains 2 or 3 hand-sized tacos.

In contrast, burritos can serve as the main dishes simply due to their larger size. A burrito on its own makes for a substantial meal without the need for any additional side dishes.

Since soft tacos are more of a snack, they usually contain some veggies and just a single type of meat, the most common of which are chicken, lamb, and pork. If tacos are overstuffed, chances are fillings will fall out due to their soft tortillas.

Traditionally, tacos do not consist of condiments like salsa or sour cream. Still, these ingredients have recently caught on among taco fanatics due to the extra burst of flavors they provide.

In contrast, burrito’s bigger size and thicker tortillas allow them to house a great mix of ingredients. It is a common practice to load burritos with several types of protein in conjunction with rice and refried beans.

Due to tacos’ simple filling, you may want to add variety to this Mexican specialty. You can’t go wrong by accompanying this dish with sliced lime, cucumber, red radishes, and occasionally grilled onions or hot peppers.

But this is not the case for burritos. Since this Mexican food item is considered the main course, no side dish is required. Otherwise, burritos may become overly rich and heavy, making people feel unpleasantly bloated after eating.

Tacos are easy to make. Tortillas should be filled with seasoned meat, topped with finely chopped veggies, and sprinkled with cheese or sauce. Then, they should be neatly wrapped in half. The shape of tacos should resemble that of a shell. This is why this Mexican specialty is often referred to as soft-shell tacos.

Burritos differ from tacos in that tortillas are tightly wrapped around fillings like an envelope. As a result, the bottom of the burritos is sealed, while the top remains open, making this dish similar to an ice-cream cone.

Though both dishes can be eaten by hand, the experience can be quite different. Eating tacos can be messy since their delicate and tender corn tortillas don’t often do a good job of holding fillings together. Even when tacos are served on a plate, fillings can still fall out since this dish is half-folded and open-ended.

Conversely, burritos are deemed as a hassle-free type of food. This is because their wheat tortillas are not prone to cracking, which prevents their contents from spilling out.

Which is better: burritos vs taco?

It’s hard to determine whether burritos beat tacos. In a recent survey, people express different reasons for their preference for one dish over the other.

Some favor burritos due to the wide variety of ingredients they can house. This allows anyone to freely mix and match what’s in their kitchens and create their unique adaptations of this traditional dish. For this reason, many variations of burritos replicate the taste of other countries’ specialties, such as BBQ, sushi, or pizza.

Meanwhile, others gravitate towards tacos due to their simplicity. Without fillers like rice or beans, they can savor the appetizing taste and aroma of tacos’ main ingredients.

Is the seasoning of these 2 dishes the same?

Yes. They are essentially identical, so don’t hesitate to use them interchangeably.

You can create a winning combination for both tacos and burritos by mixing herbal powders with crushed pepper, salt, and cumin. This blend of spices is guaranteed to deliver a sharp, potent taste to your dishes.

The following video provides step-by-step instruction for those who want to make homemade spice blends for their burritos and soft tacos:

What are the meat types used for these 2 dishes in a restaurant menu?

As mentioned above, the most common ones are chicken, lamb, and pork.

Thanks to their time-saving recipes and divine flavors, both burritos and soft tacos are ideal options for those who are constantly on the go.

By learning about the distinguishing features between these two dishes, we hope you can pick the one that best suits your palate!