Several Tex-Mex cuisine enthusiasts have continually questioned the differences between the two dishes originating from these regions: Burritos and Chimichangas.

While some appear to find the answer to this question themselves, others are still confused when telling them apart.

And we’re here to clarify for you some old-age myths about Burrito and Chimichanga. 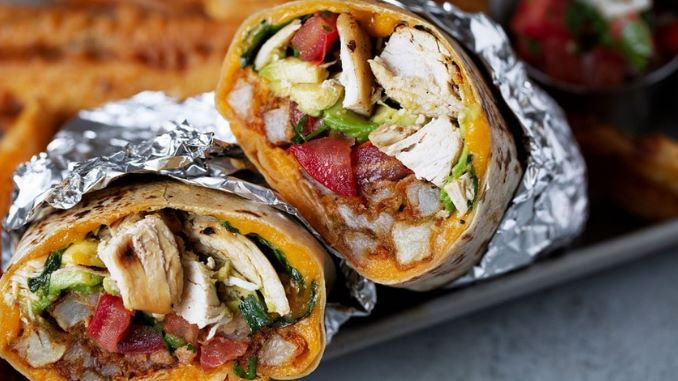 When defining a signature burrito, there are several debates concerning where the dish originated from.

In terms of the word itself, “burrito” is a Spanish word that literally means “little donkey.”

The word “burrito” was used to describe the kind of dish that is first known to come from a state of Mexico called Sonora.

But, the original place where they came from is still vague, which creates a disagreement amongst scholars.

While some believe that the known-to-be-Mexican dish originated with native Mexicans based in northern Mexico before the colonization of European people, many other scholars hold a strong belief that the dish is brought to Mexico due to the migration of Lebanese people during the late 19th century.

The original birthplace is unclear; but, these are still considered authentic Mexican dishes that are almost famous up and down the country.

A burrito is well-known for its tortilla wrap packed with fillings which tend to be kidney beans or minced or shredded beef.

To make a good burrito requires a wide range of ingredients that are easy to find at any traditional wet market or commercial supermarket.

A savory, good-looking burrito is often filled with meaty fillings such as chicken, beef, or pork.

The meaty filling will be swapped with meat-free alternatives for the vegan-friendly version, allowing vegan enthusiasts to enjoy the dish without any concerns linked to the meat.

Along with the filling, several other ingredients are also included in the burrito, namely rice, beans, vegetables, and some condiments such as salsa, pico de gallo, and guacamole.

How about the latter? 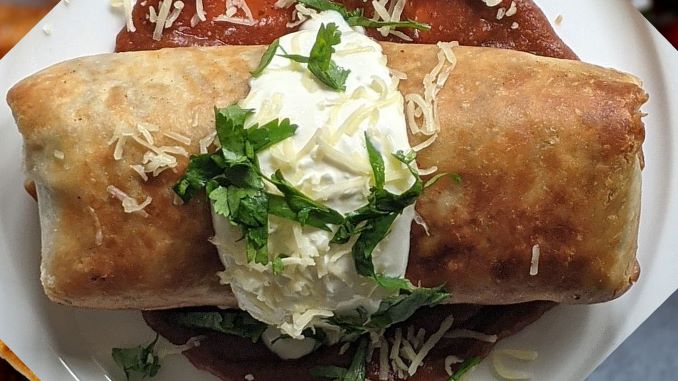 Chimichanga is known to be an Arizona-style burrito that has been deep-fried.

A few theories say that the dish was created by chance due to an accident where a wrapped burrito with savory filling fell into a hot pan with greasy oil, and it was then fried to get crispy while still maintaining the juice of the filling inside.

Thanks to this accidental creation, it became popular amongst street cuisine lovers who tend to stop by street vendors to grab a portion of crunchy chimichanga for lunchtime or dinner-time meals.

A chimichanga can be loaded with an extensive array of ingredients, ranging from well-seasoned minced beef, finely-grated cheese, shredded lettuce, tomato salsa, and sour cream.

The best way to try this dish out is to enjoy it when it is just taken out of the hot pan full of oil with a generous amount of sour cream.

The chimichanga has a nice bit of crunch, thanks to the deep-fried wrap outside. Alongside, the filling inside is well-seasoned and still maintaining the juiciness.

When both of them are brought together, it is a fantastic combination of flavors that satisfies even the fussiest taste buds.

Regarding the main differences between these two dishes, there are three major ones that any Tex-Mex food fan should consider when making any orders at the restaurants.

It is observed that a chimichanga is a deep-fried burrito, which gives the outer layer a nice crunch. In contrast, an authentic burrito is served as a fresh wrap filled with loads of different ingredients, including meat, cheese, egg, and several different kinds of vegetables.

Another significant difference between the two Tex-Mex dishes appears to be that chimichangas are usually meat-loaded and have a kick of spiciness. In contrast, burritos can often be meatless, with kidney beans serving as the primary protein source.

Therefore, chimichangas are more suitable for meat-loving fans with a slight kick of spice. On the other hand, if you are not keen on the spice level of chimichangas, you had better opt for burritos for a milder flavor.

Also, the way both dishes are served is slightly different, which is worth noticing. Most burritos tend to be wrapped up like a rolled sandwich, which requires the eaters to use their hands to enjoy the food.

On the other hand, Chimichangas are served on a plate with a few side dishes so food lovers can tuck in without concern about greasy hands afterward.

Which One Is Authentic Mexican?

If you pay meticulous attention to our post from the beginning, you would have known by now the authenticity of the two dishes.

Chimichangas are certainly not traditional Mexican cuisine as they originated with people from an area of the United States.

They were then introduced to some restaurants whose style is mixed between two cuisines which are Mexican and Texian. The dish is created from a burrito base loaded with cheese or many kinds of meat, then deep-fried in hot oil before serving.

Burritos are perhaps known to have originated with indigenous people who are from the state of Mexico. However, there are still debates about their original birthplace.

Despite all of those controversies regarding the original birthplace, they have been known to be an authentic Mexican dish involving a thin flour tortilla usually filled with beans and rice along with meat and other ingredients.

The way that burritos are served is similar to fresh sandwiches requiring eaters to use their hands.

And you can probably find them both in any Mexican restaurant menu.

So, Burritos All the Way?

The head-to-head comparison above between Chimichanga and Burrito might give you a glimpse of which dish should be ordered on your next visit to your favorite Mexican-style restaurants.

In general, a burrito involves a four-based tortilla filled up with well-seasoned minced meat and a wide selection of other ingredients.

Similarly, a chimichanga is also known to be a cheese-laden burrito, but the cooking process has given it a nice crunch on the outer layer that might satisfy some taste buds keen on deep-fried dishes.

Of course, the two dishes are very similar, but some specific differences are worth paying careful attention to since they might help you opt for the better option that ticks our dietary requirements.