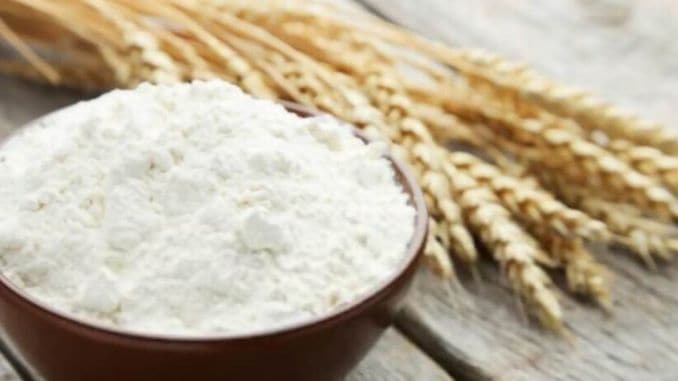 Here are the top 9 best wheat starch substitutes you can use for your favorite recipes:

Want to know more about how you can actually use these alternatives and their pros & cons?

Do you have Celiac disease or some other intestinal issue and shouldn’t have gluten?

Are you a health buff who doesn’t want anything to do with gluten?

Did your local grocery run out of this ingredient?

If your answer to all those questions is YES, don’t fret.

Here are some good alternatives to our featured ingredient.

✓ best as a thickener
✓ also as a binder and coating when frying, for baking, and random life hacks
✘ gluten, color, and flavor

This shouldn’t come as a surprise because it is the most popular type in this category. It is also the most affordable.

Derived from the endosperm of the corn kernel, this doesn’t have a trace of gluten at all.

It also doesn’t affect the color or flavor of the dish.

The ratio for substitution is 1:1.

Never add this straight into a pot of hot water. Doing this will result in lumps.

Dissolve a tablespoon first in a small amount of cold or tepid water before adding it to a larger amount of liquid.

Whisk the slurry in the pot once the mix is simmering.

✓ best as a coating (dry or in batter) when frying
✓ as a thickener, binder, for baking, and random life hacks
✘ gluten, color, and flavor

Extracted from crushed potatoes which are then dried then powdered, this is a healthy option as it is one of the few food products which didn’t go through a whole lot of chemical processes.

This is also quite popular, second only to corn.

Because this is interchangeable with corn in numerous dishes, this works as a good replacement for our featured ingredient too.

Just like the corn above, this is also a measure-for-measure.

Compared to corn, this can handle heat better; that’s why it’s great for deep frying.

However, it’s still best to mix this in a slurry first and pouring this into a pot of soup once you’ve turned the heat off and not while the soup is simmering.

✓ best for baking, cooking desserts, and as a thickener
✓ also used as a binder and for frying
✘ gluten and color

The tapioca root is first washed and pulped leaving a thick liquid that will be dried then ground into powder.

This tuber underwent some treatment to remove the cyanide which some plants may contain.
In that regard, choose only well-known, highly reputable brands.

Do note that this is marketed as cassava starch. Cassava is Tapioca.

The ratio for our featured ingredient to the alternative is 1:2.

Mixing this in tepid water to create a slurry is a must.

Add this even before the soup heats up.

✓ best for baking, cooking desserts
✓ also used as a thickener and binder
✘ gluten and color

Rice, usually the broken ones, is steeped in a soda solution to soften it.

The alkaline water is removed before the softened grains are pounded so that the starchy component is extracted, dried, and then pounded into a powder.

This is a must-have in food processing because it adds to food’s shelf life, whitens and smoothens confections, and helps with the freezing-thawing stability of food.

Make a slurry first if you want to thicken soups or pie fillings.

If you will swap this straight for noodles or dumpling wrappers, add a bit of water to it until it forms.

✓ best for baking
✓ also used as a thickener and binder
✘ gluten

Considered to be one of the few real wonder foods, flaxseed is packed with vitamins and minerals and has been found to improve cholesterol levels, lower blood pressure and reduce Cancer.

Used to prop the nutritional value of baked goods, this is a great replacement because it can thicken sauces too.

If you don’t mind the color (brown or golden) and the nutty flavor it may lend to your dish, go ahead and use this.

It’s very healthy so you’re getting so much more!

The proportion of our featured ingredient to flaxseeds is 2:1

Grind the flaxseed before adding water to make a slurry to thicken dishes.
Otherwise, just mix into batters or doughs as is.

✓ mixed with other flours for baking, as a thickener, binder, and frying
✘ gluten, color, and flavor

Still made traditionally, this is a gluten-free, paleo-friendly alternative to our featured ingredient loved by strict vegans.

If the recipe calls for 1 tbsp, use only half a tablespoon (or even less) of arrowroot flour.

This breaks down fast in high temperatures so whisk the slurry in right before serving.

✓ as is, as thickener, binder, and in baking
✘ gluten

It is also used in baking to retain moisture, preventing bread to crumble too fast.

✓ as thickener and binder
✓ also for baking
✘ gluten

Extracted from bacteria found in fermentation, this industrial additive is becoming more and more common in home-cooking – particularly in gluten-free recipes.

A little goes a long way. Use only an eighth of what the recipe calls for.

Do be extra careful in using this because too much can cause digestive problems.

✓ as thickener and binder
✓ also for baking
✘ gluten

Also a common industrial food additive, this alternative is made from legumes called Guar.

More people prefer this because it is a safer option for gluten-free baking compared to Xanthan Gum.

The ratio is the same with Xanthan Gum – an eighth of what is originally required.

This can be sprinkled over food – hot or cold – and then mixed until it is incorporated completely.

What Can You Do With Wheat Starch?

As aforementioned, this can be used as a thickener and binder, in deep frying, and for baking.

What it can’t do is be like flour so don’t use this as such.

But this ingredient is most commonly found in dumpling wrappers, particularly in Har Gow and Char Siew Bao.

A Short History of the Ancient Old Crop

Wheat is one of the first grains cultivated because it was relatively easy to remove this from its husk, but it’s hard to pinpoint where this was first grown because the grass grew practically everywhere.

However, it was the Romans who kind of perfected the milling process to make the grains into flour.

But the flour at the time was still discolored and coarse.

It took a millennium to see real improvement in the milling process.

It was only in the 19th century when they were able to separate the parts of the grain: the endosperm which is made into flour, the bran, and the germ.

It took a few more years to discover wheat’s starch, extracted by dissolving the cellulose of the endosperm and then evaporating the water and retaining the powder.

Of all wheat-based goods, this is the only one that has the least amount of gluten that some think is ‘gluten-free’.

The FDA considers it so since its content is less than 20 ppm.

But do note that residual gluten is still present as this is very difficult to completely remove during manufacturing.

It is Quite Difficult to Come By

Admittedly, your local grocery may not have our featured ingredient on their shelves as this isn’t a common ingredient in Western cuisine.

Luckily, Asian shops may have this although you might have better luck getting one if you order online.
Here are some common brands:

But if you’re pressed for time and there is not an ounce of this nearby, you can use any of those substitutes listed above.