When it comes to Mexican cuisine, you may think about many of the world’s most well-known and excellent dishes.

Who knows that even snacking on delicious corn from a street seller may be one of Mexico’s ultimate simple pleasures, right?

The food stalls can appear everywhere in the crowded streets, where you can easily find the two typical dishes: Elotes vs Esquites. However, some people still don’t know their variations.

In today’s article, we will help you distinguish these two and introduce some special recipes. 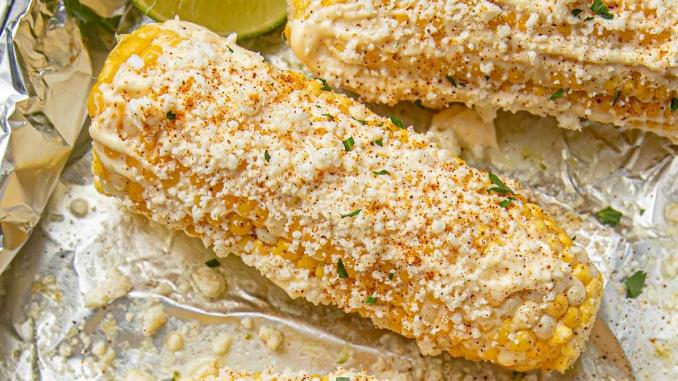 The word “Elotes” comes from the Nahuatl term “elotitutl,” which means “tender cob.” Corn has long been a staple in Latin American culture, extending back to indigenous peoples’ staple crop and retaining its popularity due to its portability, making it easier to eat for a population that was becoming increasingly mobile.

Mexican street corn, or Elotes, is a traditional way to eat corn on the cob. Elotes is grilled corn on the cob that is frequently topped with crumbly cheese, chili powder, and lime juice after being spread with mayonnaise (or butter). This is a delicious treat that goes well with any BBQ spread or as a summer snack. 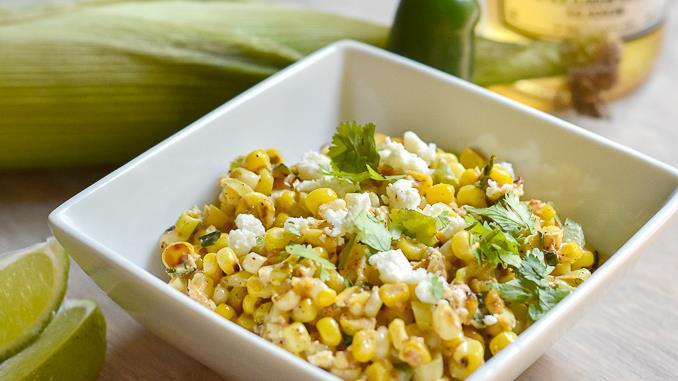 When compared to Elotes, Esquites are considered as their easier-to-eat sister. To be exact, they are cooked corn kernels scooped out of a sizable steaming saucepan into a small cup and topped with a mixture of mayo, crumbly cheese, salt, chili powder, and lime juice before being consumed with a fork or spoon.

The name means “toasted corn,” and you can alter it to suit your preferences. In Mexico, Equities are one of the most famous street food. They are tasty and usually always present at get-togethers with friends and birthday parties.

Main Differences Between Elotes And Esquites

Elotes and their cousin, Esquites, are two of the most common street foods in Mexico. However, besides some similarities mentioned above, there are some differences between the two.

Elotes dates back to the Aztec civilization, and its popularity was widespread across Mexico and Central America. Indigenous tribes sell cobs of corn soaked in fresh lime juice outside of cornfields at the end of the harvest season to celebrate the plentiful harvest.

In the streets of Mexico City, the creamy, savory dessert that we know today first acquired popularity. Elotesros put up kiosks, drawing passers-by in with their delicious corn on the cobs warmed by spinning braziers.

Regarding Esquites, there are some stories behind the dishes. In a novel, Emperor Maximillian and Empress Carlota of Mexico were preparing French cuisine in the late 1800s. They did, however, substitute corn flour for wheat flour. They created several Mexican recipes that were given French names. They made Esquites, which they dubbed “Odalisque teeth.”

However, Emperor Maximillian and Empress Carlota were not the first to create this food. According to the older story, Tlazocihuapilli of Xochimilcas invented Esquites and many other popular dishes.

This makes sense because Esquites are derived from the Nahuatl term “zquitl,” which means “toasted corn.” The cultural significance of this delectable delicacy is just one more thing that justifies its popularity.

These two delectable street dishes are so prevalent in Mexico that you’ll undoubtedly encounter them at street stalls, food trucks, and other restaurants as you travel around the country. However, even though these can be prepared similarly, there is still a difference in the preparation methods.

To make Elotes, first, you could steam or boil your corn cobs. While the corn is cooking, combine mayonnaise, lime juice, chili powder, optional cayenne, and salt in a mixing bowl; then combine shredded Cotija cheese and cilantro in a separate bowl.

The next step is to brush the corn with the mayo blend and sprinkle the Cotija and cilantro mixture all over and chili powder. Again, you can make changes to this dish as your taste.

Unlike Elotes, to make Esquites, first, you have to remove the kernels from the cob. Then, cook the fresh corn kernels for 5 minutes in a skillet with butter and garlic. This will bring out some of the corn’s sweetness while also adding a smokey aspect with a little char.

Then combine it with mayonnaise, cotija cheese, lime juice, cilantro, sliced jalapenos, and salt in a mixing dish.

According to the information mentioned above, both Elotes and Esquites are delicious and favorite Mexican cuisine dishes. Therefore, if you love Elotes, you also tend to love Esquites because they are practically identical, except for some slight differences.

Accordingly, Esquites are served in a cup and are much easier to eat when compared with Elotes. Besides, when preparing Esquites, you have to remove the kernels from the cob first.

Therefore, when traveling to Mexico, you should enjoy the two dishes. They not only taste so delicious but also bring you different and fantastic experiences of eating.

Elotes are tasty, but it’s a little more challenging to eat than Esquites. It can be topped with anything you want: chile powder, butter, lime, mayonnaise or cream, shredded cotija cheese, and so on. However, many people prefer the smokey grilled version, which is commonly grilled but can also be boiled because it is messier.

Every tasty bite of Elotes may bring you to a hot, carefree summer night in a bustling city. It’s ideal for anytime you need a little sunshine in your life, whether it’s the middle of July or the middle of December. Elotes refers to grilled corn on the cob, and it’s usually served with a stick or a handle made from the husks.

If you don’t want to deal with the mess of eating corn still on the cob, Esquites is another choice. The kernels of Esquites are removed from the cob, cooked or sautéed, and served in a cup. Disposable cups are used as the most typical way to serve Esquites, and there’s something about it that makes them irresistible.

Furthermore, Esquites are best served hot, but you can eat them cold as well. It all depends on your personal preferences. However, I am sure that you will enjoy them regardless of how you eat them.

How do you eat Elotes?

Elotes is a popular street food that may be enjoyed on the go. The cob can be served whole or on a stick. It’s comparable to Esquites, a corn salad made by removing the kernels off the cob and coating them in a similar sauce. Traditionally, this delectable dish is served hot off the grill, but if you’re running late, eating them cold is fine as well.

What to eat with Elotes Mexican street corn?

Actually, you can make this Elotes Mexican street corn the whole meal, but many people will want it as a side dish. Otherwise, here are some main dishes that can go with this delicious street food: Steak Fajitas, pork Carnitas, smothered honey lime chicken burritos, crockpot cafe Rio copycat chicken,…

Where is Elotes popular?

Elotes, a.k.a. deliciousness on a stick, are probably Home Chef’s favorite corn preparation. Elotes are a famous late-night snack in Mexico, and they’ve rapidly become one of our favorites all-day snacks as well!

Elotes are made in various ways by street vendors across Mexico and metropolitan cities in the United States, but they all start with the same essential components. Corn, mayonnaise or butter, chihuahua cheese, chili powder, cilantro, lime, and salt are mixed to form a snack that will leave you wanting more.

Whether you like Elotes or Esquites, we bet that you all find the two typical dishes in Mexican street food tasty and excellent. Hope that after reading this article, you can mânge to observe the difference between Elotes vs Esquites and become a pro in Mexican cuisine.

Should you get a chance to make them yourself, don’t forget to note our tips above to make sure the results live up to your expectations.