If you love Asian foods, you must have tried or heard about kimchi, the Korean national dish. But if you come from the Americas, indeed you have seen the famous cousin of kimchi – Curtido.

Either kimchi or curtido makes people fascinated about them. However, do you know what exactly kimchi and curtido are? Why is curtido a cousin of kimchi?

So, which one suits your taste the most? This article will help you through these questions and even provide more informative knowledge. 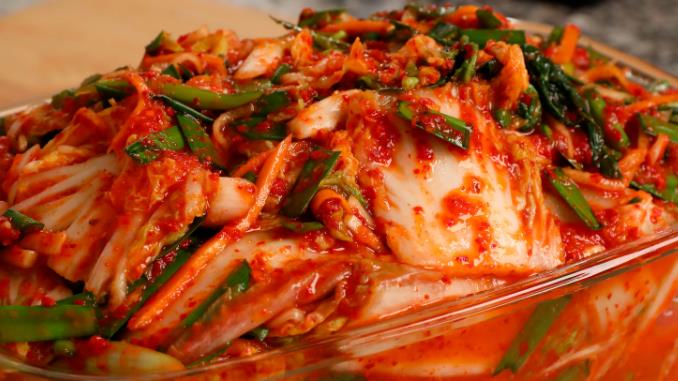 Kimchi, the traditional thing of South Korea, is well-known as a spicy and fermented pickle side dish. According to records, it has a rich history, dating back from the Three Kingdoms of Korea (37 BCE–7 CE).

However, the kimchi’s signature red color did not appear until the 16th century. Since then, the most wonderful recipes of kimchi have been passed down throughout many generations and some have been modified the veggies a bit.

Despite being the national delicacy, its flavor varies from region to region in South Korea, with over 200 variations. Besides the main ingredients (napa cabbage and salt), different areas add more substances to create their unique taste according to residents’ interests.

For example, Jeonju includes fish sauce to the dish to strengthen its taste and aroma, while Jeollanam-do adds yellow Corvina and butterfish to specialize theirs.

Its popularity not only occurs in South Korea but also rapidly spread throughout Asia and soonly the whole world. Many people, even those who are not keen on Korean food, still know the symbolic kimchi. It is because it is the way of life in Korea.

A recently conducted survey states that kimchi is consumed daily by 95% of Korean, which is about 2 million tons per year. It appears in almost every Korean meal, including ramen, kimbap, dumplings, fried rice, and so on. Residents in this developed nation crave kimchi, and they even celebrate a festival to popularize it. The latest festival kicked off from November 20 to 22 in 2020. 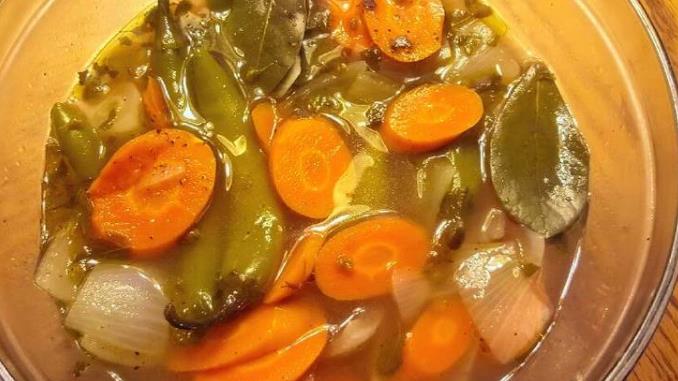 As you may know, curtido is so popular that it has several names in other countries. In English, it is called pickled coleslaw or sauerkraut in countries like Germany. Others even called it Spanish Kimchi because of their similarities that confused many food lovers.

Overall, it is a kind of lightly fermented dish made of a mixture of several types of vegetables. Besides, according to the cook’s interest, they can add lemon juice to enhance the sour flavor or include jalapenos, chilies to make it spicier. However, cooks must pay attention to the proportion of added ingredients and vegeables to avoid conflicting flavors due to most substances.

Although having enormous variations, it usually is fresh, clean, crunchy, and addicting. What’s more, as being made from cabbage, think of anything you might put cabbage on to serve with it, and you will receive an excellent combination. For example, pupusas, tacos, burritos, soups, sandwiches would work with it.

It is not random that curtido is called a cousin recipe of kimchi. Both dishes move in tandem in many ways. Firstly, if you are looking for a side dish with an exceptional sour taste to stimulate other meals, either curtido or kimchi would work. That is because the process of fermentation lasts from 1 to 5 days ( ideally 2 or 3), creating this unique sour taste that you can not forget.

Secondly, doctors and nutritionists always recommend consuming these two because they are excellent sources of beneficial substances such as beta-carotene, antioxidant compounds, Vitamin A, Vitamin K, etc. In addition, regular use decreases the likelihood of being damaged from severe health conditions like cancer, heart disease and enhances the digestive system. What’s more, they are even included in the list of dieters as low in calories.

Last but not least, after processing, you can enjoy these dishes for up to several months if it lasts that long. Remember to use clean spoons or chopsticks to take them out for immediate use. Moreover, to retain the flavor and avoid being rotten, the best way is to store them in the refrigerator.

The first and simple difference here is their origins. Kimchi, of course, is a popular spicy side dish recipe combined with fermented vegetables and salted in Korea. Otherwise, Curtido serves as a relish or full-on traditional meal of vegetables coming from El Salvador.

Due to many similarities that mistake many eaters, Curtido is said to be the Central American cousin recipe of Korea Kimchi.

However, no one can know which one appeared sooner. Contrary to the clear history of kimchi, the other lacks records. The only thing food lovers know is that both were first introduced a long time ago so that they became a national dish and proud of residents.

Although famous in their home countries, the spread of both foods’ popularity is quite different. In the case of kimchi, this particular meal gained a reputation mainly in Asia, as Korea is one of the most developed and influential nations. Otherwise, curtido is more familiar with Central American countries.

Another remarkable difference you may notice when eating these two dishes is their taste.

First, many agree that Kimchi is spicier even though different cooks can develop their own preferences. This phenomenon may come from the fact that Korean prefer spicy flavors. Other famous  Korean symbolic dishes such as tteokbokki, chikin, buldak, etc., impress food lovers with their hot taste as well. On the other hand, curtido can be made spicy by adding the tang of jalapeno, not that of red pepper flake to the vegetables.

Secondly, cabbage, or sometimes radishes, is the main ingredient of kimchi, while curtido requires more. Regularly, curtido is the combination of green cabbage, onion, carrot, pepper, and oregano. The mix of various ingredients makes curtido crunchy after a long period, while napa cabbage from kimchi is quite soft.

Fermentation methods (How differently are they fermented?)

As you may know, the recipes for preparing curtido is easier than kimchi.

With it, you can simply put your shredded vegetables into a big bowl and mix them with dried oregano (Mexican oregano is even better) and lots of coarse ground kosher salt. After the resting period of 30 minutes, transfer your mixture into clean jars and store them in the refrigerator for at least 24 hours. Specialists would recommend you wait from 2 to 4 days for the best flavor.

On the other hand, kimchi requires more effort and time. Adding salt to the cabbage, draining it, creating the spice paste, mixing cabbage and spice paste, fermenting at room temperature, etc., are several basic steps you have to conduct.

You can figure out how to make kimchi at home through this video:

Which one would a chef use more?

This really depends on the dishes the chef wants to prepare in his/her kitchen.

But I can assure you that both types of vegetables are very popular, with kimchi comes out slightly better.

Hopefully, after carefully reading this article, you can compare the two famous dishes and figure out which one suits you the most between these two popular dishes. Besides, don’t forget to note down our simple but valuable tips and necessary knowledge to prepare your own curtido or kimchi.