Long before Aguachile and Ceviche even had a name, they had been part and parcel of the Latinos’ meals. Over time, the two have become ubiquitous dishes that you can hardly miss in either street food stalls or high-priced restaurants.

Nowadays, they have got a reputation, and each certainly tells you a different story of origins, flavors, and culinary cultures. Such a tidbit of knowledge about Ceviche versus Aguachile will help you know how to tell them apart.

Introduction to Aguachile and Ceviche 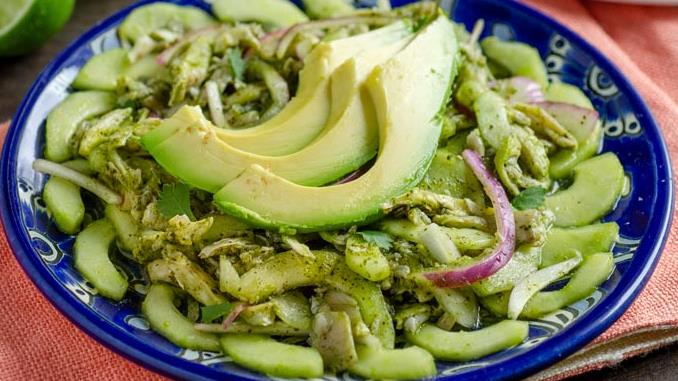 As its name implies, Aguachile basically translates to “chili water.” This dish indeed makes it to the must-try food list for those who would love to get stuck in punchy flavors of spice.

Aguachile is also pretty much limited to Mexico itself, reportedly originating in the Sinaloa region. The types of chilies used can vary. Having said that, Chiltepines, local to Sinaloa, is believed to be one of the primary ingredients. People also go for serrano and jalapeño peppers.

There is no accounting for tastes, so the major ingredients of Aguachile (vegetables and seafood) have been subject to variations. To make Aguachile more packed with fruity flavors and colors, some go further to add watermelon, mango, while others add spirits (Mezcal or Tequila) into the marinade.

Generally speaking, the most common type of Aguachile is the one that contains shrimp, cucumber, onion, and lime juice. To create the marinade, chilies are blended with water. It typically has slices of avocado whose fattiness is great for offsetting the heat from the chilies. 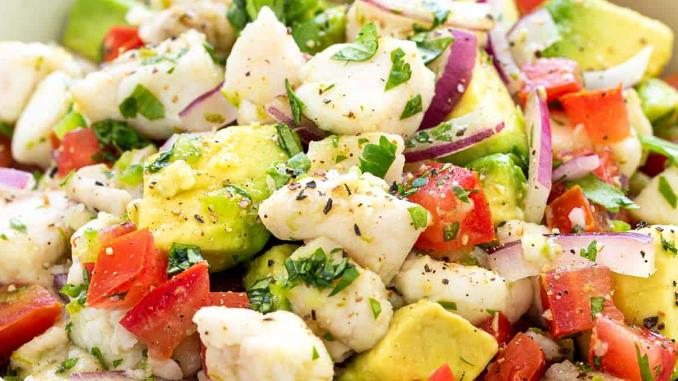 Ceviche (typically pronounced seh-VEE-chay in Belize) is basically seafood marinated in citrus juice, which “cooks” it. It is commonly found along with the coastal parts of Latin America and in some Caribbean nations as well.

Popular seafood options include shrimp, lobster, conch, octopus, maimula (often called horse conch), squid, snapper, and more, depending on where you are traveling. In addition, Ceviches have a variety of different ingredients like corn or sweet potato when you have them in Central and Southern Latin America.

Other common ingredients include onions, tomatoes, and cilantro. Some restaurants in Mexico go as far as to add avocado to their Ceviches. Others incorporate chilies directly into the Ceviche or devour them separately. And, when you are a big fan of habanero, it wouldn’t hurt to have them on the side!

Aguachile Vs Ceviche: How They Differ From Each Other?

Even though you may find that the two names are used interchangeably, there are noteworthy differences between both dishes.

1. Place of origin (are they Mexican?)

Although both dishes have their roots in South America, Ceviche is a Peru-dominated dish. Meanwhile, Aguchile is accredited to the coastal northwest of Mexico cities found along the Pacific ocean (this refers to Sinaloa and Nayarit).

Interesting discoveries tie the creation of Aguachile to the coast of Sinaloa, one of the Mexican states, specifically the town of Mazatlan, known for its fishing expertise.

Aguachile, by its meaning, had nothing to do with seafood, as today’s generation has come to recognize it by. Instead, centuries before the Spanish conquest (16th century), the salt was to preserve the Sinaloa indigenes’ sun-dried meat such as venison and wild boar.

On their return, they would prepare a boiling bowl of water with chiltepin chili pepper (small round wild chili plucked from the forest around the mountain) and cook their jerky meat (dried salted meat) in the heating water.

This typical preparation technique was what came to be known as Aguachile, chili water. Safe to say, the dish was named after its main ingredients (water and chili).

Many people associate Ceviche with Mexico and Central America, but there are several theories on where it originated. Other spellings of the name can be seviche or cebiche, depending on where you are in the world.

Those who want to dig deeper and learn more can refer to SUMAQ with its in-depth article chilies about the origins of Ceviche in Peru. As pointed out in its study, Ceviche was not highly popular for several centuries, as it was considered food for the “underclass” until a strange set of circumstances changed all that. When the Sino-Japanese war broke out, a wave of Japanese migrants settled in Peru to try farming there. With seafood being a key element in the Japanese diet, it’s not surprising that Peruvian cuisine began showing Asian influences.

The Aguachile is first prepared by heating chiltepines/chili peppers in water before adding its varieties of vegetables such as tomato, onions, lime juice, cilantro, and more. That is to say, for Aguachile, it is all about the chili and some water.

Ceviche, also known as cebiche is a Peruvian dish (main course or appetizer) composed of fresh fish cured in citrus juice (can be lime or lemon) and seasoned with chili pepper, coriander, onions, salt, and aji. For Ceviche preparation, it begins with the seafood cooked in lime/lemon juice.

It comes as no surprise that the idea of seafood being “cooked” in citrus juice blows your mind. Yes, this dish can be made without heat. Heat and citric acid both work in a chemical process known as denaturation. During denaturation, hydrogen bonds in the proteins are altered from their original state and are free to interact with other chemicals.

While technically not raw, denaturing proteins doesn’t rid them of bacteria like cooking with heat does, so it’s important to only eat Ceviche made with the freshest seafood, or the risk of getting sick is still a valid concern.

That’s it. Hopefully, this snippet of information clears things up a bit for you about Aguachile vs Ceviche. The differences lie in the way they’re cooked, not how they look.

No matter which you choose, you’re surely up for a great starter. Now, it’s time to roll up your sleeves in the kitchen. And remember to keep an eye on your time to marinate the dish of your choice just right.